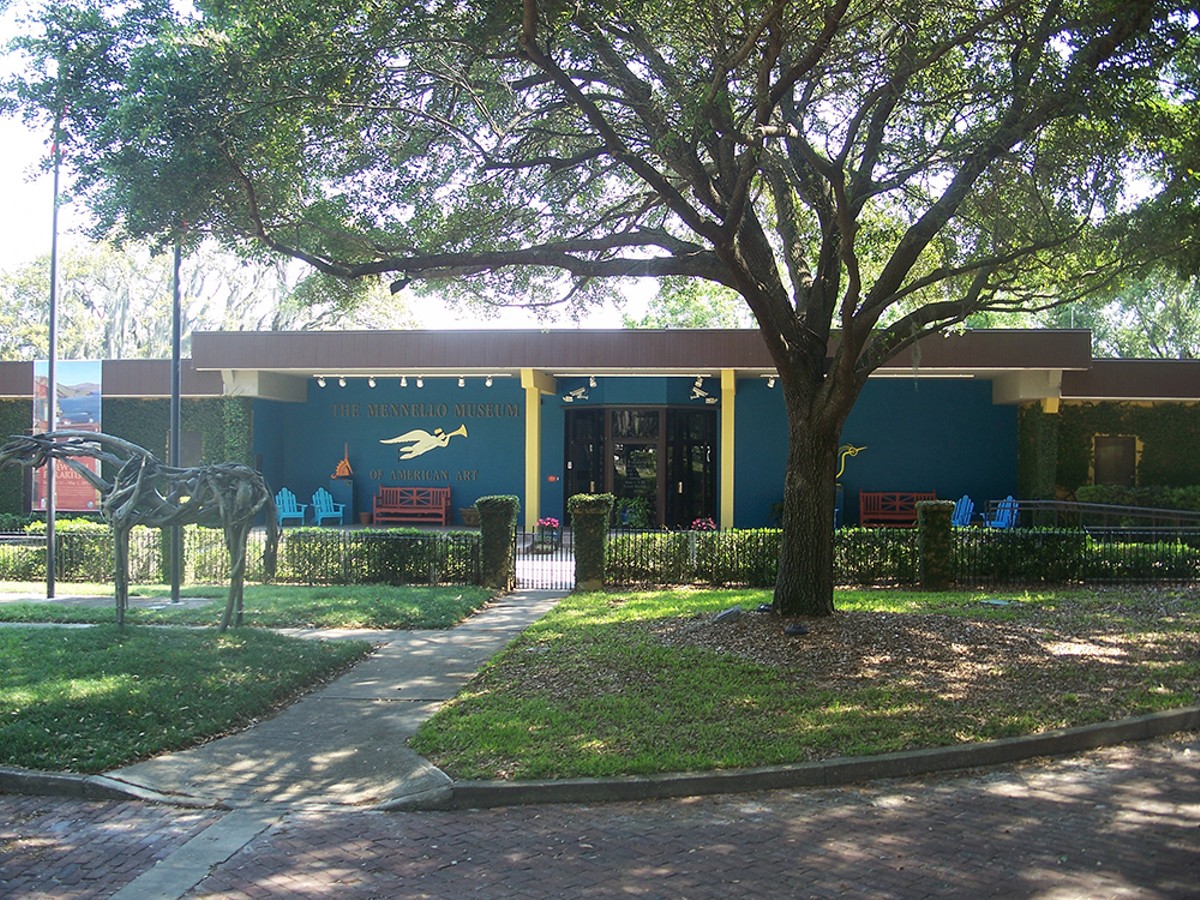 An informal memorial for Frank Holt, the late director of the Mennello Museum, raises memories as well as money

Orlando's art scene can seem ephemeral, but when someone like Frank Holt passes, attention must be paid. Founding executive director of the Mennello Museum of American Art; former City of Orlando public art director; curator; educator; folk and Southwestern art expert; animal lover; and friend: Holt touched countless members of the local community, many of whom gathered last Friday for an informal memorial, at which they raised more than $11,000 for a fund in Frank's name to grow and maintain the Mennello's collection. Some of them shared with me these stories about Holt's legacy.

"I first met Frank Holt when I was a student at Valencia and I took an art history class. I had the pleasure of sitting in class and hearing his sonorous voice introduce me to the wonders of the world. He also introduced me to folk art [and] we took a field trip to the city of Orlando where he introduced all of us to the art collection.

"He had a love of art that he passed on; he was such a rich wealth of information, but also passion. I just found him to be quiet, with a wry sense of humor, and always well-groomed. His passing is a loss for our community, and he got robbed of a great retirement.

"He supported other local artists and folk artists, too. At the [Jeanine Taylor] gallery, he always liked to buy a piece of art by Melissa Menzer."

"I came to work [at the Mennello] in March of 1999. Neither one of us knew anything when we came here. We were very different. It worked out because I was a nuts and bolts person – if you had to get something done, it was me – but he had all the ideas. So he'd say, 'Let's do this' and I'd go, 'OK.' That's just the way it worked with us.

"It wasn't unusual for him to walk into my office and say, 'I need a barber's chair' or 'I need to move 23 4-ton sculptures across the City Hall rotunda.' I was hired as a temporary part-time person that worked on the front desk and did the accounting, and I did everything from writing grants to installing art."

"When I first started working here, Frank had very little to say with me. He used to have a dog, and when he would bring the dog in he would never come to me. So I said, he's like his master: not a very talkative guy. One day he brought the dog in, and the dog came over to me and started wagging his tail. Frank was so shocked, and after that it seemed like me and Frank got along well. I guess he said, if the dog likes me, he ought to like me too."

"Frank was called by Neiman Marcus when they were going to build the store here. They wanted to know who he thought were the abstract painters who should be considered for paintings, and he told them my name. They came to my studio, and I have two paintings hanging there in the couture department.

"This week, right when I found out that Frank had died, I got a call from the woman who had been the manager of this Neiman Marcus when it opened. She said, 'I want to commission a painting for me that's as nice as the one I walked by all the time.' You don't know how many artists Frank helped."

"Professionally, he was incredible to escalate this museum to international status. He brought this into the creative world from a folk museum to an American art museum, which was very substantial for our city. And his background being in charge of all of the city's public art was quite notable."

Friends of the Mennello Museum board member

"I visited the museum after it first opened. I fell in love with the place, and was determined to meet Frank; I had someone introduce us, and a year later I was on the board. ... Frank was a lovely, dear sweet man. He taught me much about folk art and American art that I didn't know about, and it was an honor to serve on the board with him."

"Frank Holt's legacy will live on [with] the outpouring of people and generosity since the fund launched. That collection was so important to Frank, and I hope that we can identify things on Frank's wish list, gaps in the collection that he would have loved to see filled in historical American art, or folk art, or art of the Southwest.

"I'd also like to work with the three boards [the City of Orlando trustees, the public art board and the Friends of the Mennello] on an acquisition – not from this fund – to permanently honor him. ... Mayor Dyer is very much behind doing it. Frank was very modest and humble, and we want to respect that, which is why this [memorial] was an open house with no program."