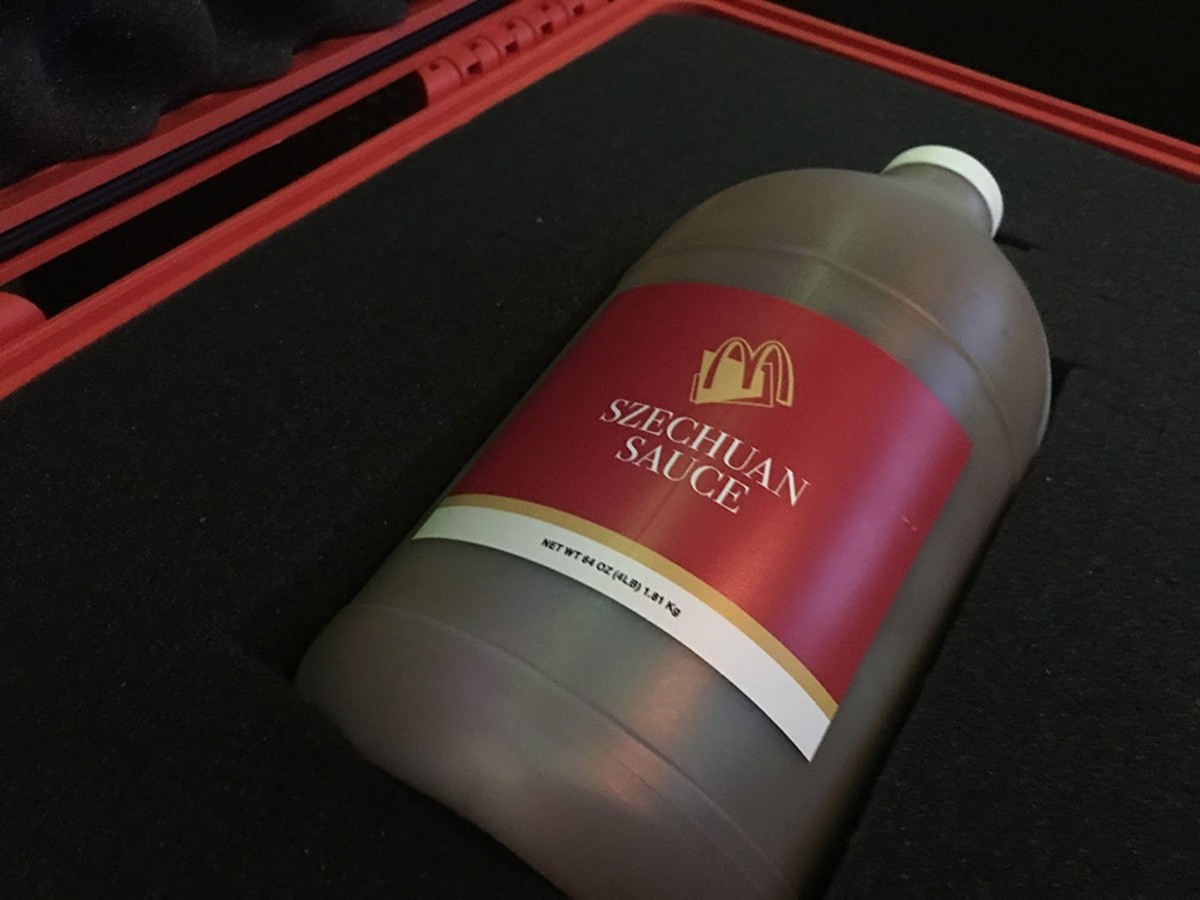 After winning a rare jug of Chicken McNugget Szechuan Sauce, an Orlando man decided to open it

When Rick and Morty, the Adult Swim cult favorite cartoon, kicked off its third season with its misanthropic mad-scientist protagonist destroying the galactic government in pursuit of the Chicken McNugget Szechuan Sauce briefly released to promote Disney's 1998 movie Mulan, fans launched a million memes demanding McDonald's bring the condiment back to our dimension. In a canny co-opting of grass-roots publicity, McDonald's "discovered" four jugs of the goop, gave one to series co-creator and voice star Justin Roiland, and promised to deliver the remaining three to Rick and Morty superfans.

Enter David "Duckie" Wasman, a self-employed digital media content creator and graphic designer based in downtown Orlando, and one of the three lucky recipients of McDonald's famed Szechuan sauce. He's worked for the Orange County Tax Collector and held elected office in local precincts. But more importantly, for the purposes of this story, he's been a diehard Rick and Morty fan from the show's beginning.

"I was already familiar with Justin Roiland's work," Wasman tells me. "In Rick and Morty, I love the mixture of science, family, social constructs, pushing buttons, vulgarity, nonchalance and self-aware humor. I also love its history. Before it was Rick and Morty, it was 'Doc and Mharti.'" Readers beware: If you decide to Google it, it's highly vulgar but hilarious.

To win the sauce, Wasman retweeted hashtags displayed during McDonald's mysterious livestream on the night of the episode's premiere. "I guess they liked that I also added emojis that corresponded with chicken and China, and that I followed directions," says Wasman, adding that he thinks a tweet promising "If I win 1, I'm having 100+ of my friends meet me @ the #Orlando @McDonalds 4 a #SzechuanSauce #McNugget party" put him over the top. His first reaction upon learning he'd won was, "Wait, is this their real account? Am I being trolled?"

This isn't Wasman's first brush with Disney-related fame. In 2011 he founded MCMagic, one of the earliest and most elaborate simulations of Walt Disney World inside the Minecraft video game. "We re-created all the parks, resorts, water parks and more of the Walt Disney World Resort in full 1:1 scale," Wasman recalls. "It had all the actual rides, all the fireworks shows, stage productions and much more. Our goal was to re-create that 'magic' in everything we did, so much so that we trained our Cast Members using the real classes at Disney University called Traditions. We also had tools to prevent trolling, swearing and personal information-sharing. Plus, 24 hours a day, seven days a week, we had multiple volunteers online to ensure our guests' safety, security and happiness."

The MCMagic server was featured in numerous online videos (see youtube.com/user/McMagicParks) and received recognition from the Guinness Book of World Records, but Wasman ended his involvement in the volunteer endeavor after its fifth anniversary. "It was a proof of concept that family-friendly gaming is possible online," he says.

While one of his fellow winners opted to put his unopened jug of sauce on eBay, prompting bids from celebrity DJ Deadmau5 and ultimately netting $15,350 for himself and gamer-related charities, Wasman went the opposite route, opening the coveted bottle and sharing it with friends at a private Rick and Morty viewing party at Gods & Monsters' Vault 5421 bar last Sunday night. Why open it instead of going for the big bucks?

"I have never been that guy who keeps things in the packaging. I want to play with it, hold it," Wasman explains. "I had one of only four sauces in the world. I had to try it. Also, I wanted to be able to share the experience with friends and fans." Besides, the bottle is stamped with an October 2017 expiration date. "A collector would sit on it way past that, letting it fester and go bad, and no one would be any better off for it," says Wasman. "This isn't Thor issue No. 1, it's sauce, for crying out loud."

Apparently, not everyone on the internet appreciates Wasman's altruistic decision. "I have had a barrage of folks telling me how stupid I am, how dumb that was, how much money I could have won," Wasman says. "It's a little daunting and overwhelming having so many people outside my friends and family so interested in what I am doing. That they care almost too much about sauce and what I do with it says more about them than me, I think."

So, what does the sauce taste like? The taste is "incredible," according to Wasman. "Very strong. Stronger, in fact, than any of their current sauces. It starts with a strong and sweet teriyaki flavor, then it gives way to ginger and sesame, finally there is a slight heat from the peppers. It really is a unique flavor. I am ruined for other sauces now. For. Life."

Having tried it for myself, I wouldn't go quite that far; though the Szechuan does destroy McD's standard sauce options, to my tastebuds it's identical to the Iron Chef General Tso sauce sold in stores. But with an established auction value of $242.65 per ounce, it was undoubtedly the most expensive condiment I've ever eaten, competing with the priciest caviar. If you want to experience the holy grail of dipping sauces for yourself, the remaining half-jug – along with the customized case it came it – is now on eBay (at press time, it was up to $3,000), with 10 percent of the sale earmarked for Mojang's Block by Block charity. The auction ends at 6:25 p.m. Thursday, Aug. 17, so get your bids in before our corner of the multiverse gets Cronenberged.

« Theme parks are more than a money-making diversion – they're an American art form   |   A visit to the Indianapolis Fringe Festival opened my eyes to the fact that there’s more to Indy than pace cars and Mike Pence. »