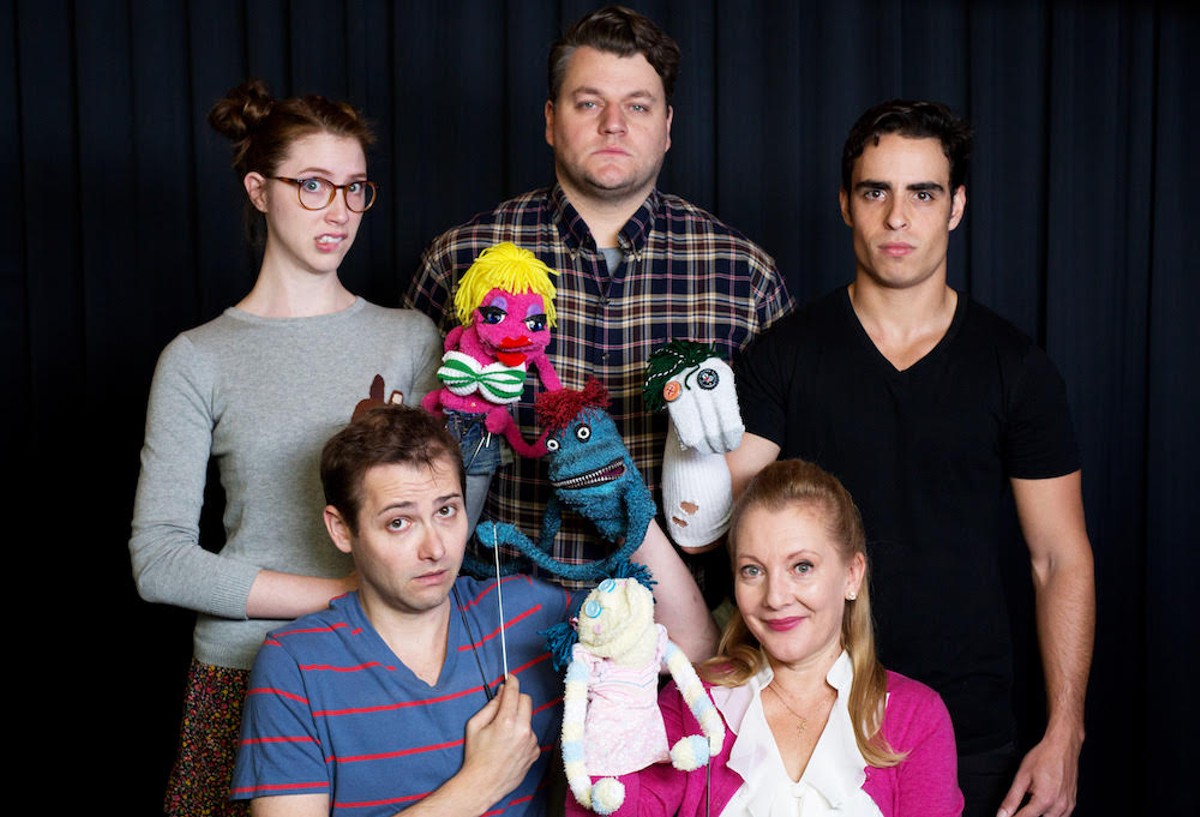 A weekend full of puppetry-themed entertainment is just the ticket, unless you’re pupaphobic

Hey kids, the word of the week is "pupaphobia"! Others may enjoy being frightened by chainsaw-wielding maniacs and cannibal clowns, but my Halloween is never complete without a murderous Muppet or two. Thankfully, a pair of events last Friday the 13th provided a perfect double feature of puppet perversity.

The best horror stories usually start with a long drive into the wilderness, and my trek up Orange Blossom Trail from Orlando to Apopka certainly qualified. Happily, my objective wasn't a cursed cabin but Station Street Studios, home of Heather Henson's Ibex Puppetry and the Big Potato Foundation. For one night only, the Central Florida Puppet Guild turned it into a free walk-through "puppet slam" performance that was equal parts creepy, charming and confounding.

Soon after, recently retired Orlando Parks manager Peter Effaldana emerged in a vintage jumpsuit and Dia de los Muertos facepaint to usher a dozen of us inside, where bedsheet dividers created five chambers, each housing a different Halloween-inspired puppet show. Highlights included a gory miniature magic trick by Miker Heyn; Anne West's family-friendly fable about a flightless bat; and an oversized ogre-like face (built by Jack Fields and operated by Abby Maguire) that puked candy on the floor while deftly parrying heckles from an obnoxious teenager in my audience.

The experience embodied all the elements I love about Central Florida's puppetry community – imaginative concepts, individualized aesthetics, handmade craftsmanship – but it also suffered some of the recurring issues that I've observed obstructing wider patronage: unpolished A/V production values, underdeveloped scripts and inconsistent pacing. I hesitate to critique a pro bono production (especially one involving free chocolate) but I long to see these talented artists focus their creativity into projects that paying audiences will appreciate.

I then jumped back in the car and made it to Orlando's Dr. Phillips Center with mere minutes to spare for Hand to God. Robert Askins' Tony-nominated dramedy, which Generations Productions is presenting at the Pugh Theater through Oct. 22, stars Jerry J. Jobe as Jason, a shy teen who's inordinately attached to Tyrone, the hand puppet his mother Margery (Rebecca Fisher) forces him to perform Biblical skits with at Pastor Greg's (Jason Blackwater) church. Jason's attempts to woo classmate Jessica (Devan Seaman) and avoid being bullied by Timothy (Andrew Romano) would be typical after-school-special fodder if it weren't for the fact that either a) his hand is genuinely possessed by supernatural forces, or b) he's desperately in need of serious psychiatric help.

In the challenging dual role of Jason and Tyrone, Jobe doesn't vocally differentiate the two as consistently as Broadway's Steven Boyer did, but he does demonstrate masochistic slapstick skills worthy of a Sam Raimi film; most importantly, he never lets the life go out of his puppet. Seaman and Romano both nimbly walk a fine line between humor and humanity, adding texture to seeming stereotypes; and Blackwater's lovelorn Lutheran manages to be lecherous yet somehow likable. But it's Rebecca Fisher's embodiment of the unbalanced Margery that makes Hand to God a must-see. Best known for her musical talents, this production showcases Fisher's powerful dramatic chops. She evokes so much audience empathy for Margery despite her epically awful decisions that she nearly steals the protagonist function from her son.

Producer Aaron Safer and director Kenny Howard, who previously paired on First Date, Heathers and The Flick, have again created an Orlando staging that equals and exceeds the New York original. When I saw Hand to God on Broadway in 2015, I was impressed with the writing and blown away by the puppeteering, but dismayed by cartoonish characterizations that emphasized every "ignorant religious redneck" cliché. Without changing a word of the text, Howard and his company completely transformed my view of the characters, revealing nuance that was concealed beneath condescension in NYC.

Kyla Swanberg's puppets are delightfully demented, and the revolving set by designer Bonnie Sprung (who sadly lost her mother, a longtime Fringe volunteer, shortly before opening) is impressively elaborate, if cumbersome during scene changes. Thanks largely to Fisher's full-throated performance, that isn't enough to unravel this devilishly entertaining and unexpectedly emotional production. Fair warning: While the casting of obviously adult actors as the kids cushions the pedophilia subplot's ick factor, this play packs enough profanity, blasphemy and explicit fuppet-pucking to make Avenue Q's Trekkie Monster blush.

« For a truly unnerving experience, get out of the theme parks and into Orlando's indie haunts   |   At IMMERSE you weren’t merely observing art, you’re soaking in it »