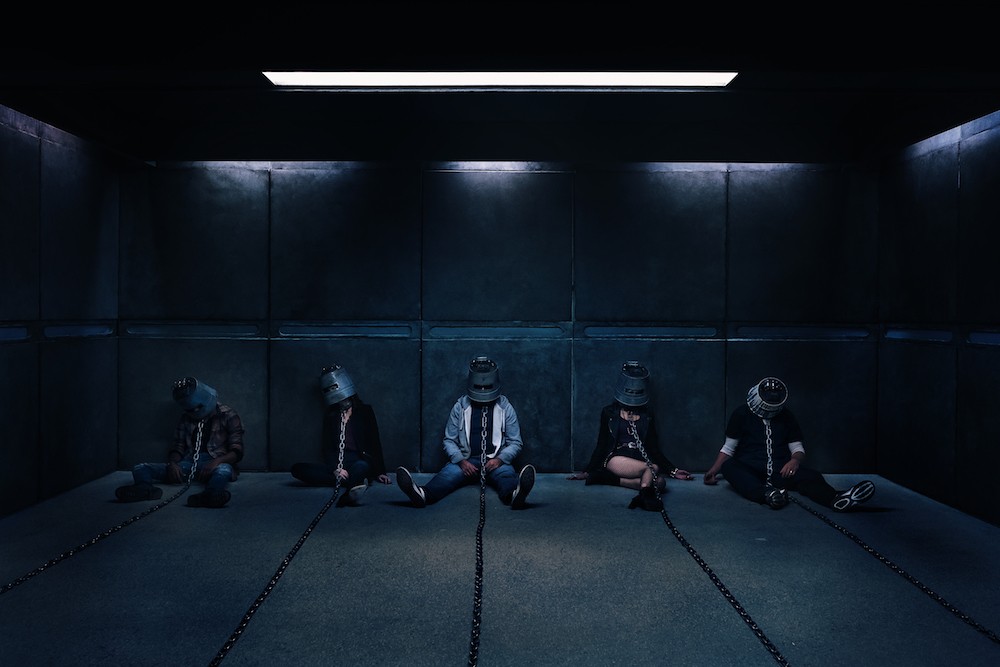 All I See Is You Just over a month ago, I intimated you could probably do better things with your weekend than check out this Blake Lively-headlined psychodrama, which had inspired a procession of walkouts at the Toronto International Film Festival. Well, I'm sorry I said that then. Because the movie didn't open that weekend after all. It's this weekend when you should probably seek an alternative to the latest from director Marc Forster, who once made a movie so bad that it took me a few minutes to realize one of the reels was in the projector upside down. (Thank God for release postponements, because I will never get tired of telling that story.) (R)

Goodbye Christopher Robin Author A.A. Milne and his son C.R. build an entire kidlit mythology around the latter's menagerie of stuffed animals, only for C.R. to discover that he hates being the Christopher Robin of the public's imagination. All together now: Oh, bother. (PG)

Jigsaw I can't believe it's been a full decade since the last Saw picture. (Then again, I still can't get my head around Valerie Bertinelli having a driver's license, either.) This resurrection of the world's most successful torture-porn franchise turns on a fresh slate of killings that seem to be the work of the titular villain. Or could it just be a protégé of his? From what I recall, that was the basic thrust of Saw 2 all the way back in 2005 – but in one of life's little Catch-22s, being able to remember a detail like that automatically disqualifies you from being rewarded for it. (R)

Suburbicon An abandoned screenplay by the Coen Brothers provided the narrative foundation for director George Clooney's exploration of racism and perverse criminality in the suburban America of the late 1950s. Vulture's David Edelstein calls it "sanctimonious pulp" – which I was under the impression was a character in The Last Jedi. (R)

Thank You for Your Service The suffering of American Iraqi War veterans, and not our innocent victims, continues to be the focus of American Sniper screenwriter Jason Hall as he directs his first feature film. Working title: He Knew What He Signed Up For. (R)

Also Playing: Breathe The first film directed by Gollum/Caesar portrayer Andy Serkis profiles an Englishman who became a spokesman for the disabled after polio left him paralyzed from the neck down. Well, that's one way to get away from motion capture. (PG-13)

Faces Places French New Wave director Agnes Varda conscripts street photographer JR in a tour of French villages, where they immortalize ordinary locals via enormous portraits. And now I want to see a short about a caricaturist at one of the Orlando attractions who makes it his mission to document the silly noses of Oviedo. (PG)

Golmaal Again The fourth installment in the Bollywood buddy series sees our heroes moving into a house that they discover is haunted. Reminds me of that old East Side Kids picture, Sikhs Run Wild. (NR)