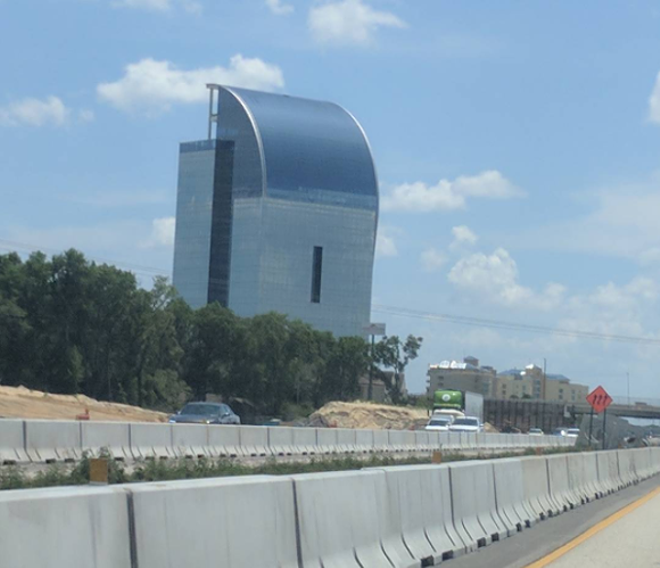 Photo via thisguyjax/Instagram
In typical medieval fashion, the knights of Medieval Times in Kissimmee, Florida, are preparing for Hurricane Irma the best way they know how– by offering up the Majesty building as a sacrifice.

"We offer this as a sacrifice. You can have it, just don't destroy anything else," tweeted the noble knights of dinner theater.

If this actually works, not only will I bend the knee to Medieval Times, but I will feast at their dinner arena at least once a month.

We offer this as a sacrifice. You can have it, just don't destroy anything else.

It's also worth reminding everyone that back in May, the owner of the "I-4 Eyesore," said the building would be completed by Thanksgiving. For some historical perspective, iPods didn't exists when construction began on this thing.