Guy Fieri to open restaurant in the Villages, now to be renamed Flavortown 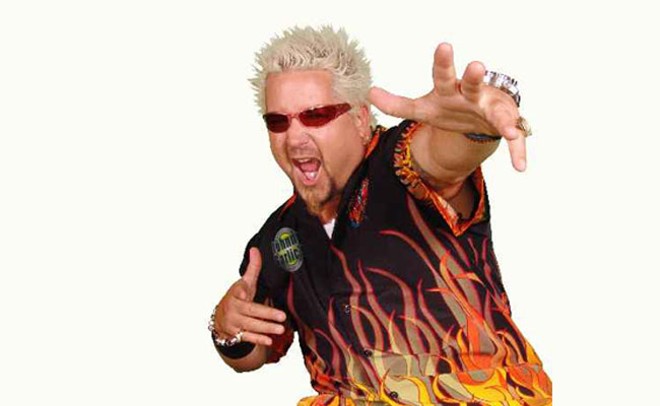 The party-hearty over-55s living in the Villages have one more challenge to their health to contend with: Guy Fieri's American Kitchen & Bar opens this week in the Lake Sumter Landing area of the retirement community.

The Villages News reports that the restaurant will open its doors and begin toasting customers with shirt flames on Wednesday – though, as with any restaurant opening date, you'll want to check ahead before making your final 4:30 p.m. dining plans.

The restaurant will open in a space formerly housing Honest Johns Whiskey & Provisions; before that, it was a TGI Friday's. The Villages News says diners can expect "dishes such as Trash Can Brisket Nachos, Bacon Mac-N-Cheese Burgers, Cedar Plank Salmon with Jalapeño Apricot Jam, and Seven Layer Jack Daniels Chocolate Cake."

The Times Square outpost of Fieri's American Kitchen chain got a notoriously brutal review from the New York Times in 2012 ("When we hear the words Donkey Sauce, which part of the donkey are we supposed to think about? Why did the toasted marshmallow taste like fish?"), but his contributions to the burger menu at planet Hollywood in Disney Springs have been somewhat better received.