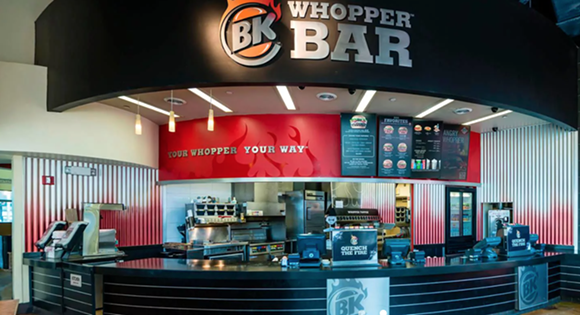 Photo via Universal
"It's a Burger King," starts off BK loyalist and TripAdvisor user Robert G. before laying down a few hard truths about the Burger King Whopper Bar at Universal's CityWalk.

Robert G., a level 5 contributor from Maidstone, England, spares no details in his brief but informative review, articulating that the burgers at this BK are "edible, hot and fill a hole."

"Won't break the bank," he adds, while pointing out that these burgers are actually "good," especially if you've just survived an eight-hour international flight, presumably from the U.K., and you're so incredibly hungry you will literally eat a slab of meat off the floor.

Propagation says they will close this month, and now the best Yelp page in Orlando is dead


Though this particular BK currently holds a 3.5 rating, with recent reviews titled "Awful" and "Not worth the wait," Robert seems to agree that the service is indeed appalling, but he still graciously gives the establishment five stars, and you probably know why ...

"If you are expecting more you will be disappointed," says Robert, warding off any future reviews from picky tourists.

Finally, someone who understands the King. 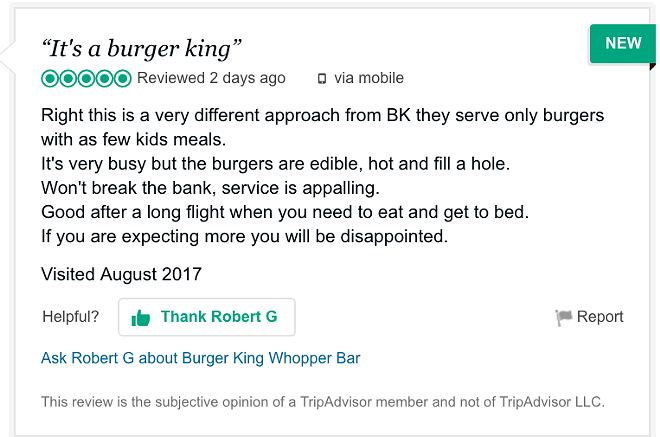