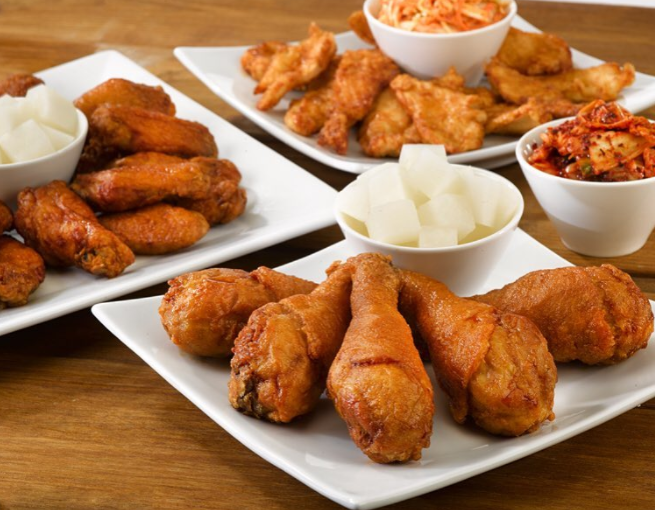 OPENINGS: Bonchon Korean Fried Chicken has announced an opening date at last: They hope to open by Aug. 14 on Semoran Boulevard, just north of the Beeline. After that, a downtown location is planned ... Four Rebels American Taco Kitchen & Bar, promising "an unapologetically American taco experience," will move into the old Segafredo Zanetti space in Mills Park ... Jennifer Moon will open a second location of New Moon Market in the old Swalstead Jewelers space in the Citrus Center building downtown ...

Miami-based watering hole Shots Bar & Kitchen will open next month on Pine Street downtown ... Pepe's Cantina is now open on Church Street ... Look for Blazing Tomato, a create-your-own pizza, pasta and salad restaurant, to open by Aug. 15 on I-Drive ... A healthy dose of patriotism will be served with your pulled pork when Mission BBQ "all-American food" opens Aug. 7 on West Mitchell Hammock Road in Oviedo ... Opening right next door will be 1000 Degrees Neapolitan Pizza ... The Pizza Press, a newspaper-themed pizzeria, has opened in Celebration. And no, that is not fake news.

EVENTS: Tacos & Tequila is July 15 at the Cheyenne Saloon on Church Street. Cost is $25, or $55 VIP ... Paris in the late 1940s will be the setting for the Burlesque Wine Dinner at Maxine's on Shine July 18. The four-course meal will also see the ladies of the Peek-a-Boo Lounge getting saucy.