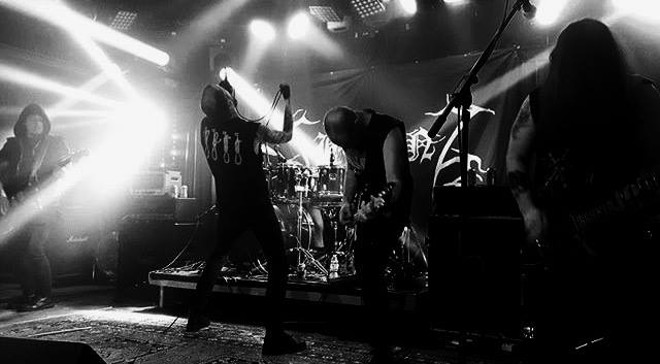 Photo via Wolvhammer/Facebook
Midwestern blackened punk deathtrippers Wolvhammer have honed their sound down to a spectacular, strangely nuanced wall of noise and pain. Tonight they're playing the last show of their U.S. tour here in Orlando.

Catch Wolvhammer end their tour on a high note with Von Nacht, Moat Cobra and Cardinal at 8 p.m. tonight at Will’s Pub. Tickets are $10-$13. And if you're feeling especially frisky, there's a free afterparty at Dirty Laundry, where spirits will no doubt be high.