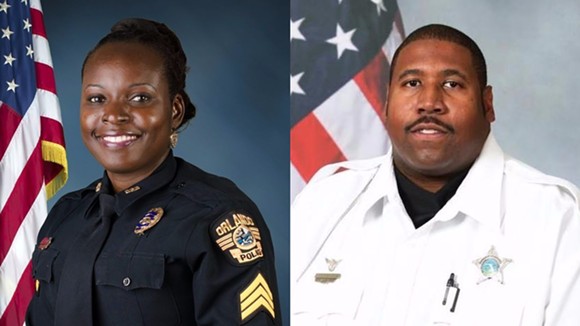 The bill designates a portion of State Road 438 between John Young Parkway and Pine Hills Road in Orange County as the "Lieutenant Debra Clayton Memorial Highway." Clayton was killed near this location at the Walmart on Princeton Street. Murder suspect Markeith Loyd is accused of shooting her "execution-style" after she began pursuing him inside the store last January. Loyd was wanted for allegedly shooting to death his pregnant ex-girlfriend Sade Dixon.

The measure also designates a portion of Pine Hills Road between Silver Star Road and Colonial Drive as the "First Class Deputy Norman Lewis Memorial Highway." Lewis was killed on the same day as Clayton in a traffic crash while he was helping search for Loyd after Clayton was shot.

State Rep. Kamia Brown, an Orlando Democrat whose district is near where the designated roads would be, says the measure is a small token of how the community plans to honor the legacy of two fallen public servants.

"The devastation of their loss extends to each and every individual within our community and we will forever remember their contribution to Central Florida," Brown says in a statement. "I am very pleased that this bill passed and I look forward to celebrating the implementation of the road designation with the community in the coming months."