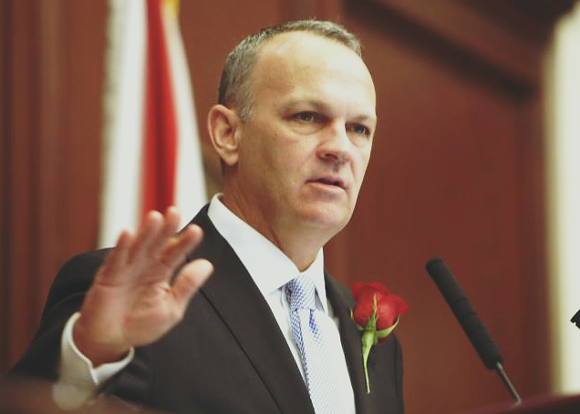 Last week, Ayala said she would not pursue any death penalty cases while in office, including the case surrounding accused cop-killer Markeith Loyd.

However, state attorney's also have the power to pick what cases they want, as well as how to prosecute them.

Corcoran does not agree.

"(Ayala) has a right to say, 'In this particular case for these reasons, we've decided not to seek the death penalty,'" said Corcoran to the Herald. "That is not what she said."

The Florida state constitution does give Scott the power to suspend Ayala. According to Section 17, the governor may suspend a state attorney for "malfeasance, misfeasance, neglect of duty, drunkenness, incompetence, permanent inability to perform official duties, or commission of a felony, and may fill the office by appointment for the period of suspension."

The question is whether or not Ayala violated any of those provisions.

On Monday, the same day over 100 legal experts issued a letter expressing concern over Scott's decision to remove her from the case, Ayala asked a judge to put a hold on proceedings in the Loyd trial, arguing that Scott lacks the power to strip her of her role as prosecutor.

"A 'good and sufficient reason,' therefore, must be something other than a disagreement over how I should exercise my discretion in a particular case," Ayala wrote. "Giving the governor the tremendous and unfettered discretion to interfere in that decision making, would be unprecedented and could undermine the entire justice system in Florida."