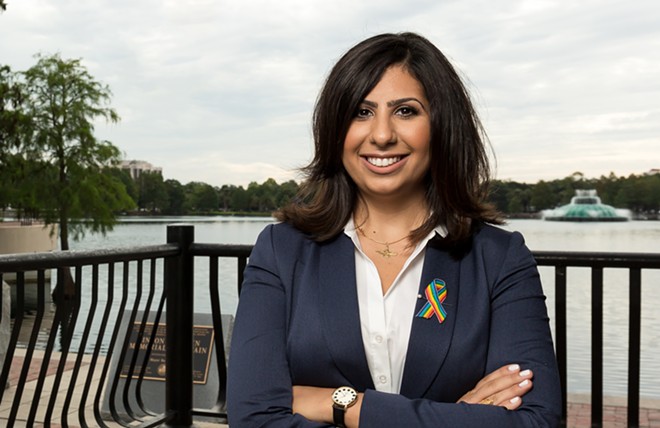 The midterms were a slightly mixed bag for Central Florida progressives. Rep. Anna Eskamani held on to her state seat in a newly drawn district and newcomer Maxwell Frost rode a wave of youthful enthusiasm to the US House. However, UCF-area Rep. Carlos Guillermo Smith failed to win a new district against Republican challenger Susan Plasencia.

Smith had served in the state house since 2016, representing a district that includes his alma mater, the University of Central Florida. Smith has been an outspoken voice on progressive issues including gender equality and affordable housing. Many of his proposed initiatives have died in the strongly Republican-controlled state legislature. Smith recently urged the governor to declare the state's housing crisis an emergency to free up the possibility of rent control measures. That question instead went to Orange County voters, though a judge nullified the ballot amendment before Election Day. Smith was ousted when Plasencia took the district with 52% of the vote.

"Unfortunately, we didn’t win re-election after a tough race in a brutal political environment, where the DeSantis machine spent nearly $1.5 MILLION to buy this seat and tighten their grip on Tallahassee," Smith wrote on Twitter. "I know you are disappointed, but make no mistake— I am not going anywhere."

Rep. Anna Eskamani has been a regular presence at just about any protest of the current administration in the Orlando area. The activist rep has led or participated in countless actions against statewide abortion bans and has supported labor movements during her four years in office. She coasted to victory with more than 56% of the vote in her district.

"We did it — we won our re-election and by a landslide too. Words cannot express my immense gratitude to our incredible constituents for your support," Eskamani wrote on Twitter.

Overall, the progressive wing of the Democratic Party performed well in the state. In spite of a statewide trouncing of conservative Democrats, progressive activists continue to energize young voters. Eskamani, for her part, went right back to work and has spent much of the morning railing against a judge's decision to block rent control in Orange County.
© 2023 Orlando Weekly