Jim Hodges was arrested after refusing to identify himself to sheriff's deputies.

Lake City's Jim Hodges was taken into custody by the North Florida cops after a tense interaction with local authorities. In a video that has since gone viral on Twitter, Hodges is accosted by one of the deputies who spotted his folded cane in his back pocket.

After the deputy and Hodges exchange greetings, she asks after the cane.

"It's a navigational aid," Hodges said, visibly frustrated. "What's the problem? You a tyrant?"

"Yeah I am, actually," the deputy responds before asking Hodges to identify himself.

Hodges refuses and asks whether he's being detained. The deputy says she'll put Hodges "in handcuffs right now" and explains that she thought his cane was an improperly secured firearm. Hodges asks the deputy if she's satisfied that it's not a firearm before pulling out the cane and holding it up for her to see. Hodges then asks her to call a supervisor. She points to another nearby deputy. That deputy repeats her suspicions before asking Hodges again for ID. 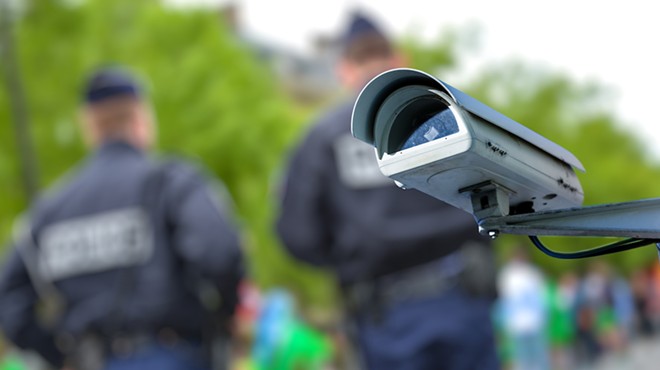 Don't fucking give the Orlando Police access to your private cameras: Smarten up, y'all. Jesus.


Hodges tells the second deputy that he has ID but does not need to show it to the deputies because he hasn't been detained and is not suspected of a crime. At that point, both deputies move to place Hodges in handcuffs. While in handcuffs, Hodges repeatedly asks for the deputies' names and badge numbers. He also explains that he was walking in the dark to get to jury duty, which is why he was carrying the cane. When he once again asks them to identify themselves, the supervisor says "You know what? Put him in jail for resisting."

The 61-year-old Hodges was booked into Columbia County Jail on Halloween morning and was not released until 10:30 a.m. the next day. The only charge on his booking is resisting an officer. Retaliatory arrest — a.k.a arresting someone because they've made a cop angry — is illegal under the US Constitution, though recent decisions by the conservative Supreme Court have cast that idea into doubt. 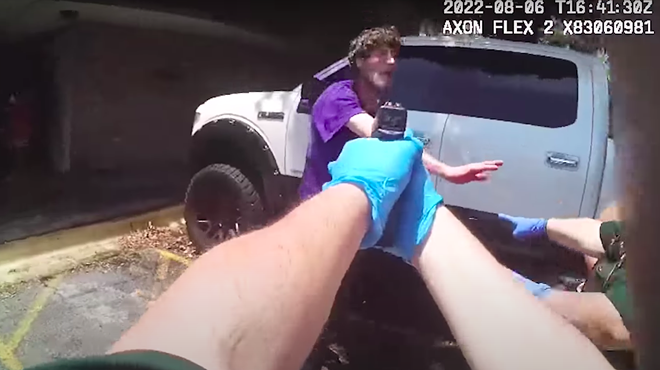 
Hodges seems eager to pursue action against the Sheriff's Office, sharing on Facebook that he has some "very easy work" for the right civil litigator.

CCSO released a statement about the arrest to their website.

"Sheriff [Mark] Hunter is troubled by what he has seen in the video and the matter is being addressed. An administrative investigation was initiated on November 3, 2022 when the incident was brought to our attention," they wrote. "If policy violations are sustained at the conclusion of that investigation, appropriate action will be taken. While we understand the frustration and concern associated with this event, please know we are working to resolve this matter as quickly as possible."

Orlando Weekly has reached out to Columbia County Sheriff's Office for more information and will update this story if we hear back.
© 2023 Orlando Weekly