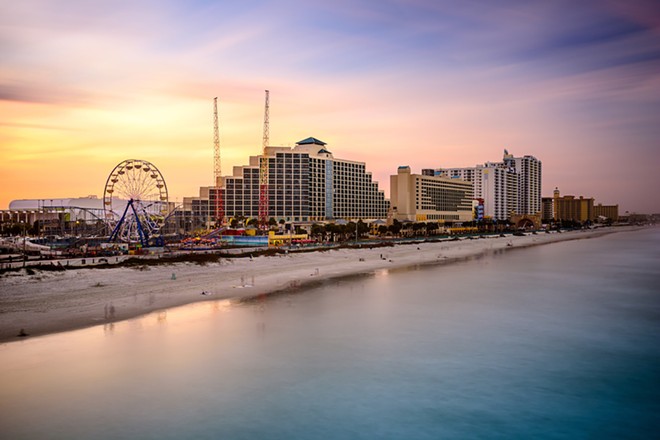 A tropical low-pressure system is heading for the eastern coast of Florida,  and officials are warning residents and visitors alike to stay off the beach when it arrives.

Flagler County and Volusia County officials have issued warnings against being anywhere near the ocean when the system's effects arrive. This as-yet unformed system will bring high tides, extreme surf and high winds to the area beginning on Sunday. The National Hurricane Center recently increased the odds of it forming into a tropical storm to 40  percent in the next five days.

Volusia County officials said the conditions on the beach of high tides and extreme rip currents would be worsened by recent damage sustained in Hurricane Ian. 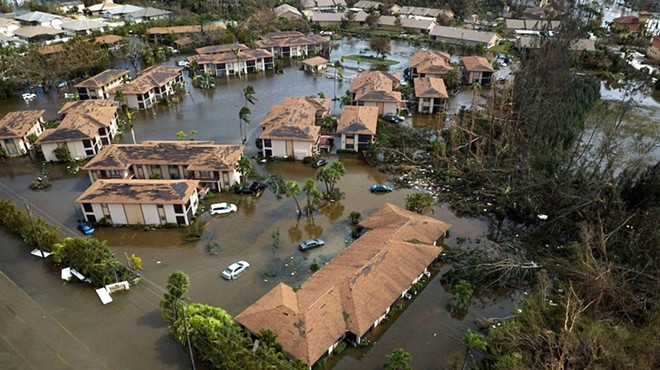 
“With the loss of our sand buffer from Hurricane Ian and the significant coastal damage already sustained, beach conditions during this upcoming weather event are not conducive for beachgoers,” they shared in a news release. “Beach ramps will be closed to driving as weather and tidal conditions warrant. As a safety precaution, all trash cans and port-o-lets will be removed.”

The system is currently located over the Bahamas and is expected to move northeast.

“The system is initially expected be very broad and disorganized, but it could begin to acquire subtropical or tropical characteristics by the end of the weekend,” NHC forecasters explained on Friday . “Environmental conditions could support additional gradual development early next week and a subtropical or tropical depression could form while the disturbance moves generally northwestward or westward over the southwestern Atlantic.”
© 2023 Orlando Weekly