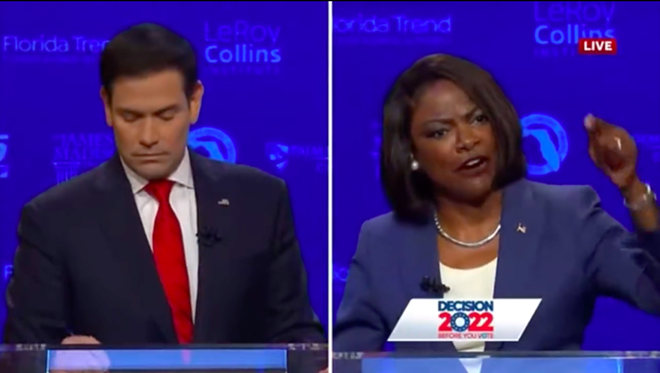 With a nearly three-decade career in law enforcement, U.S. Rep. Val Demings not that long ago was viewed as the ideal Democratic candidate to topple U.S. Sen. Marco Rubio this year.

An upset win by Demings, a former Orlando police chief who was first elected to Congress in 2016, could help resuscitate the Democratic Party in Florida, where Republicans have controlled the Legislature, the governor’s office and most Cabinet seats for more than two decades.

But as she criss-crosses the state in the run-up to Tuesday’s election, Demings faces a number seemingly insurmountable challenges, including one that is out of her control: a national political undertow that could sweep Democrats out of control of Congress and cement the GOP’s stranglehold on power in Florida. 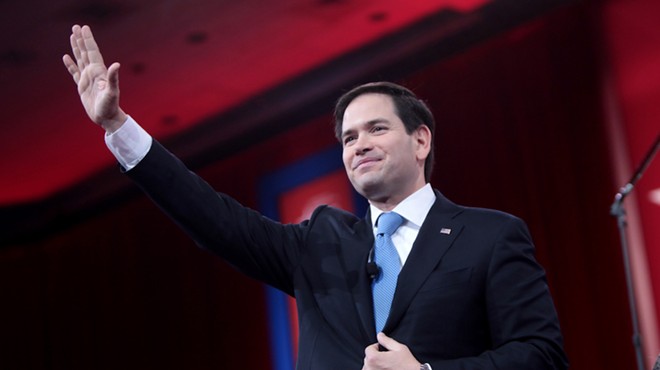 Miami-Dade leans Republican in early voting, signaling trouble for Florida Democrats: “This is worse than what we expected. We're getting our butts kicked right now.”

“Just straight up on paper, Val is about as good a candidate you can draw,” Steve Schale, a Democratic consultant who ran former President Barack Obama’s Florida campaign in 2008, said in an interview. “The challenge for her is two-fold. She’s going up against somebody who in a lot of ways is sort of the perfect candidate to run as a Republican.”

Rubio, who was first elected to the Senate in 2010, holds an advantage as an incumbent and also “cuts into the Democratic vote in two different ways,” according to Schale.

Rubio hails from Miami-Dade County, which is part of the broader South Florida region where Democrats need to win by large margins to offset Republican dominance in other areas. And he’s Hispanic, another voting bloc deemed critical for Democrats to win statewide. 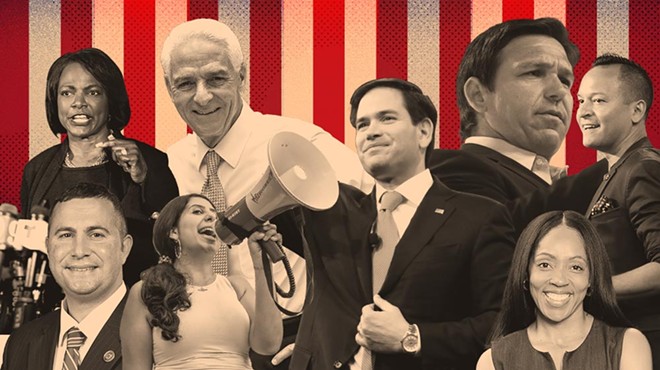 But perhaps an even bigger obstacle for Demings is that she’s a member of the party in power in a midterm election, when “the sitting president usually gets the credit or the blame, whether it’s their fault or not,” Florida Atlantic University political science professor Kevin Wagner said.

“If you told me nothing about the political environment today, nothing about the economy or anything else and you just showed me presidential approval ratings, and it was a midterm election, I would tell you that Republicans are going to have a good year because that’s what history tells you,” Wagner, a pollster, said. 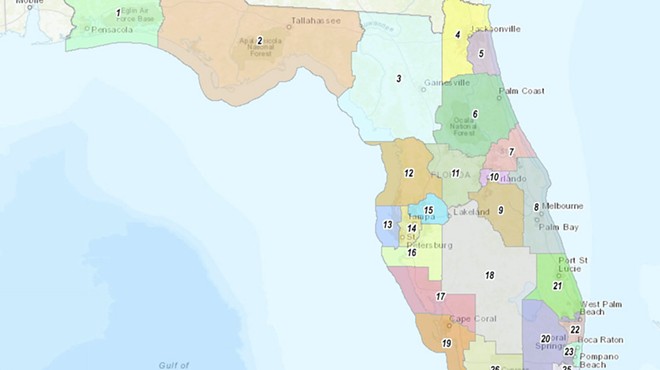 During a swing through North Florida in late October, Demings remained optimistic as she exchanged hugs and posed for selfies with students who lined up beside her campaign bus at a stop on Florida State University’s campus.

“All of the momentum in this race is with me, because people are just sick and tired of politicians who only talk about their futures and what they want as opposed to what the people want,” Demings, 65, told The News Service of Florida. “People just want an authentic leader who has the courage to do the right thing and is serious about holding America to its promise for all people, not just the privileged few.”

But with vote-by-mail ballots pouring in throughout the state and people casting ballots at early voting sites, insiders predict that Rubio, a former state House speaker, will coast to victory.

“Rubio always poses a challenge to Democrats because he’s from Miami-Dade (County) and he’s Hispanic,” David Custin, a Miami-based political consultant, told the News Service. “And, traditionally speaking, if Democrats don’t overperform with that demographic and that subgroup, they can’t win the state of Florida.”

Rubio, the son of Cuban exiles, became the state’s first Cuban-American House speaker in 2007 at the age of 35 and was widely viewed as a successor to former Gov. Jeb Bush. 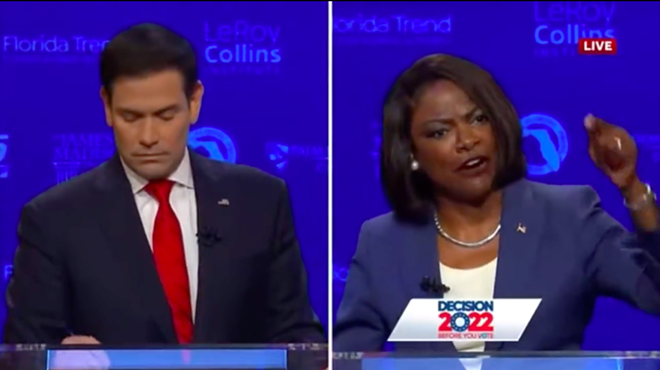 Rubio, now 50, turned his attention to the national stage, winning a bid for the Senate in 2010 amid a Tea Party wave.

In his first term, Rubio was a member of the bipartisan “Gang of Eight” group of senators who crafted a comprehensive immigration reform bill in 2013. The measure failed to gain traction.

Rubio has pivoted to the right since his re-election in 2016, after he bowed out of a race for president.

During the presidential campaign, Rubio called then-candidate Donald Trump “reckless” and dangerous and warned that he would “do damage to America” if elected.

As he vies for a third term in Washington, however, Rubio has embraced the former president. Trump is slated Sunday to headline a Miami rally for Rubio.

Demings, who is Black, was Orlando’s first female police chief and is trying to capitalize on her 27-year career in law enforcement to appeal to a wide range of voters. Much of Demings’ campaign material refers to her as “Chief Demings,” and she was a House impeachment manager in 2020 during proceedings against Trump.

“I’m a proud member of the Democratic Party. But this race is about so much more,” said Demings, whose husband, Jerry, is the Orange County mayor and a former Orange County sheriff. “This time is about protecting the Constitution, upholding the rule of law, because we are a nation of laws, and defending our precious system of government, our democracy. If we do that, then we’re going to be just fine.”

But Custin argued Demings “doesn’t have a chance against Rubio.”

Other Democrats at the top of the ticket —- including Charlie Crist, a former governor and congressman who is trying to unseat Gov. Ron DeSantis —- face similar headwinds.

“Right now, this year’s race isn’t about how much will DeSantis beat Crist or how much Rubio will beat Demings. Right now, with a week left, the real race is does Rubio outperform DeSantis or does DeSantis outperform everybody else,” Custin said.

In their sole debate of the campaign, Rubio and Demings clashed over issues such as abortion, the economy, international affairs and immigration.

Rubio, who has labeled Demings as a “Pelosi puppet,” repeatedly belittled Demings and her Democratic colleagues.

“We cannot do with some of these crazy policies that are coming from the left, that (Congresswoman) Demings has supported,” Rubio said during the Oct. 18 debate. “She supported a plan to put a $10.25-cent tax per barrel of oil, which would make 35 cents per gallon more for everyone listening here today. We can't do that kind of crazy stuff. It only adds to the inflation. I think it begins with winning this election and getting people like her out of office.”

But Demings fired back at the incumbent during the debate.

“I'm really disappointed in you, Marco Rubio, because I think there was a time when you did not lie in order to win,” Demings shot back. “I don't know what happened to you.”