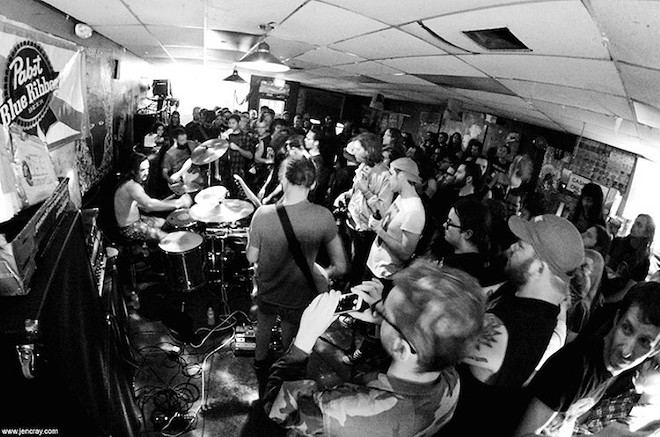 Longtime Mills Avenue music venue and music Uncle Lou’s Entertainment Hall has been hit with a nuisance lawsuit brought by a nearby resident. Orlando musicians and fans are rallying to help the venue with legal fees via an online fundraiser and some planned benefit shows in December.

Earlier in October, the venue, manager Lou Brown, and the building’s owner were served with a lawsuit alleging nuisance noise ordinance violations. It’s a lawsuit that could potentially have farther-reaching implications for live music on North Mills Avenue. (Yeah, things are definitely changing in Mills 50.)

There is a GoFundMe currently up to help with legal costs from the lawsuit. As of this writing, the GoFundMe has raised over $8,700 of a $10,000 goal.

Uncle Lou’s has served as an incubator for the Central Florida underground for the last 14 years. The frills are few and far between in the stripped-down space, but it’s the freewheeling “anything goes” spirit that defines Uncle Lou’s.

The venue has been a proving ground for several successive generations of Orlando underground and touring musicians of all genres. Lou’s is a crucial part of a Mills 50 that is changing in fast-forward all around it.

“Uncle Lou’s Entertainment Hall is one of the most important spaces here in Orlando. They are an unsung hero for our local music scene and for countless touring acts routing through the state,” says Montgomery Drive promoter Marshal Rones, who very frequently runs shows of all genres at Lou’s, via the Montgomery Drive Facebook page.
“Just like Lou has been there for so many of us, it’s time for us to return the favor.”