Fantasmic news: Disney’s Fantasmic! is back 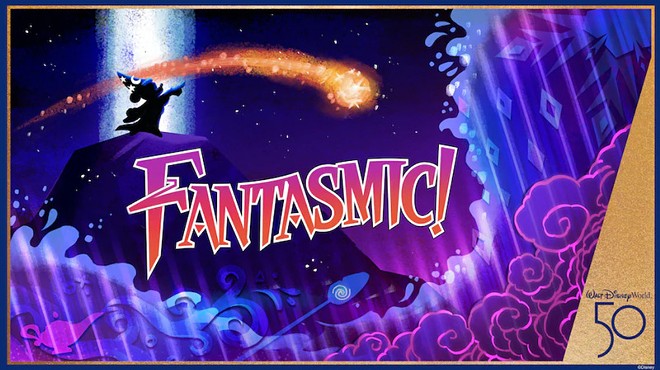 The legendary tale of "Fantasmic!" is back at Disney’s Hollywood Studios on Nov. 3 and we couldn’t be more excited to see the extravagant nighttime musical once again.


Known for its stunning effects, eye-catching pyrotechnics and bombastic music, the open-air nighttime musical has returned to Hollywood Studios with a brand-new show sequence.

Disney Live Entertainment Show Director Matthew Hamel said that this new sequence takes the audience on a new journey with our favorite Disney heroes such as Aladdin and Elsa.

“We see them faced with a decision, and how hard that can be for them, then watch as they find that strength within themselves to push through in a truly spectacular way,” Hamel said.

The new heroes sequence features our prince on a carpet, Aladdin, on a high-energy chase with stunts never before seen on the "Fantasmic!" stage. It also features authentic Chinese martial arts during Mulan scenes, brought by Mimi Chan - the original muse and model animators used in the original 1998 animated film.

Laurie Marier, Disney Live Entertainment Producer, said that they’re excited for guests to see the show as they know how much it means to people.

“Even beyond the new scene, we’ve taken this time to upgrade the lasers, the lighting, the sound, all to bring this show back even more beautiful than it’s ever been, Marier said.

"Fantasmic!" originally opened at Disney’s Hollywood Studios on Oct. 15, 1998 and has featured characters and animation from more than 25 Disney films.

"Fantasmic!" will be showed nightly at Disney’s Hollywood Studios starting on Nov. 3 and guests are allowed to enter the Hollywood Hills Amphitheater 90 minutes early to catch the infamous nighttime show.