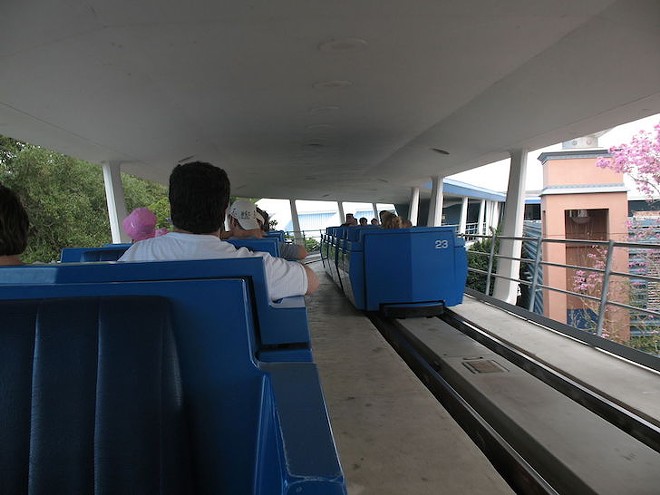 Wikipedia
The PeopleMover is located in the Tomorrowland area of Disney World's Magic Kingdom.

After suffering from a 'cardiac event' on the PeopleMover attraction, an 83-year-old Disney World guest passed away, according to a sheriff's report obtained by Florida Politics.

Joseph Masters passed out on Magic Kingdom's PeopleMover on September 25 while he was riding with his wife, Alice, according to the sheriff's report.

“She began to panic,” the report said. “She began asking for help and attempted to contact family members who were at the park. As the ride came to its end, Disney staff and security responded to the scene where CPR was initiated.”

Masters was taken to Celebration Hospital, where he was later pronounced dead after an attempt to save his life. A doctor present determined that there was a large artery blockage in Masters' heart.

The 83-year-old was diagnosed with an "extensive list" of medical conditions, including diabetes, hypertension and a pacemaker implant. However, the sheriff's report stated that Masters' death on the slow-moving ride was "deemed natural".


"I tell everybody now that my husband died in his happy place because he loved Disney,” Alice said in an interview with the Orlando Sentinel.

She added that his last words were "here we go" as the ride began to move.

All major Florida theme parks are required to self-report any guest medical emergencies or illnesses that require at least 24 hours of hospitalization through the Florida Department of Agriculture and Consumer Services.