Republican U.S. Sen. Marco Rubio and his Democratic challenger, Congresswoman Val Demings, quickly got combative Tuesday as they sought to sway remaining undecided voters in their only head-to-head meeting ahead of the Nov. 8 election for a seat the GOP must retain if it wants to take control of the U.S. Senate.

In what appears to be the most-competitive of Florida’s statewide races, Rubio and Demings offered contrasting views on the economy, abortion, international affairs, voting rights, immigration and gun regulations during an hour-long debate at Palm Beach State College’s Duncan Theatre.

“We cannot do with some of these crazy policies that are coming from the left, that (Congresswoman) Demings has supported,” Rubio said. “She supported a plan to put a $10.25-cent tax per barrel of oil, which would make 35 cents per gallon more for everyone listening here today. We can't do that kind of crazy stuff. It only adds to the inflation. I think it begins with winning this election and getting people like her out of office.” 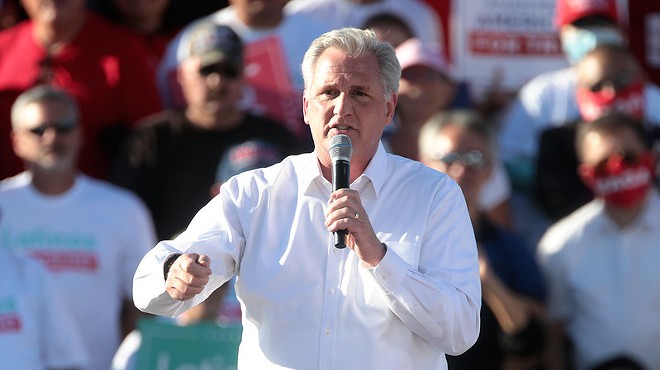 Demings, who emphasized her law-enforcement background, described Rubio as extreme on abortion and health care and took issue with Rubio’s charge that she’s been unable to pass legislation since she entered Congress in 2017.

“I'm really disappointed in you Marco Rubio because I think there was a time when you did not lie in order to win,” Demings, a former Orlando police chief, said. “I don't know what happened to you. You know, that is not true. My first term in the United States House I passed legislation to help law-enforcement officers with no health programs.”

Seating inside the Duncan Theatre was limited to the debate teams and certain college and community leaders and students.

State Sen. Bobby Powell, D-West Palm Beach, described the atmosphere inside the theater as “intense,” with the candidates offering a clear contrast on an array of issues.

“I think Sen. Rubio had to realize that tonight, while debating congresswoman, the chief, Val Demings, that she was not here to be run over, to be pushed to the side or to be stepped on,” Powell said. “She came out fighting back. She punched back when he punched.”

Martin County Sheriff Bill Snyder, a former Republican legislator from Stuart, described the contest as “fiery,” but he didn’t declare a clear victory for either candidate.

“I think they both held their own,” Snyder said. “I think that the congresswoman’s answers and convictions were clear. But we know her actions. We know her votes. We know what her current team is doing to undermine our safety.”

Susan MacManus, a retired political-science professor at the University of South Florida, wasn’t sure the debate would change many minds but said “there was a lot more substance to this debate in terms of the topics,” such as property insurance and international affairs.

Gen Z candidate Maxwell Frost wins Democratic primary for Orlando-area US House district: He would be the first member of Gen Z to serve in Congress, if he takes the seat

Pointing to Russia and China, Demings said, “we have to hold those who are not our friends accountable.”

“We have to continue to support Ukraine. And our NATO allies,” Demings said. “Of course, we gotta hold Russia accountable. We always use diplomacy around the NATO table. We cannot afford to have a nuclear attack. And the United States has to do everything in its power to prevent that from happening.”

Rubio said a unified NATO is needed for actions involving Russia and that the U.S. must build up its weapons systems, including aircraft, and stop relying on China for manufacturing to counter Chinese expansion and aggression.

“I've worked on things like bringing the pharmaceutical industry back to the United States, particularly Puerto Rico,” Rubio said.

Heading into the debate, Demings more than held her own in fundraising for the race, handicapped as “lean Republican” by The Cook Political Report.

But in seeking his third term in the Senate, Rubio has been able to maintain the lead in polls in the GOP-controlled state. A recent Mason-Dixon Polling & Strategy survey showed Rubio up 47 percent to 41 percent.

Rubio, a former state House speaker, was first elected to the U.S. Senate in 2010 and re-elected in 2016 after ending a presidential bid.

Former President Donald Trump and other Republicans have stoked questions about the election system. But after being prodded by debate moderator Todd McDermott, an anchor on the West Palm Beach television station WPBF, Rubio said he would support the outcome of the election.

“We have great laws in Florida, absolutely,” Rubio replied.