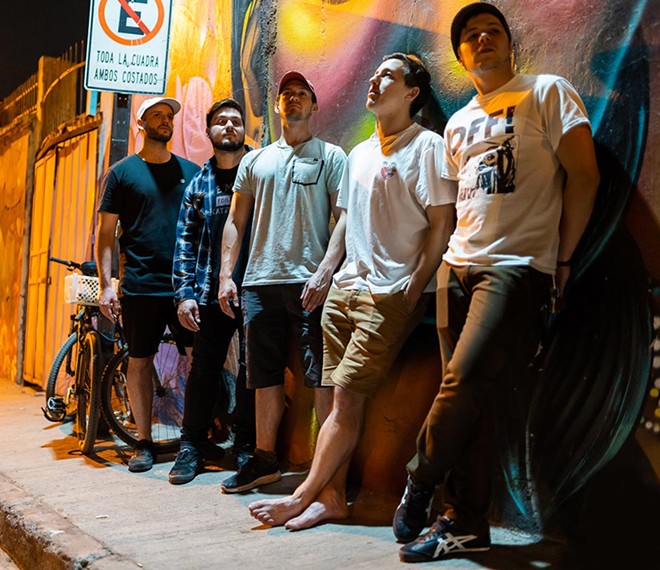 
Punks of the world, unite! After three reliably tragic years of pandemic postponement, Foreign Dissent, Florida’s only all-foreign punk music festival, is back.


Three of those countries — Norway, Croatia and Chile — are represented for the first time on the Foreign Dissent stage. The bands on the bill include our neighbors to the north and south with Canada’s Guilhem and Chile’s Talking Props, along with a long list of acts from the other side of the pond; there are two bands from Italy — I Like Allie and Menagramo — along with Norway’s Still Shaking, Croatia’s Trophy Jump and the Netherland’s Lone Wolf.

“I feel fucking stoked ... some of these bands are bands that would have been playing here in 2020,” says Mazer, who has organized the mini-fest since 2014, “The lineup is incredible. The energy of that night is so special and unique to that event.”

Foreign Dissent, for Mazer, is an event born out of dogged determination, DIY attitude and a deep love for the exchange of music.

“When I first came up with this idea in 2014, I remember talking to a local guy who’s been part of the punk scene for a while,” says Mazer. “He told me I was a fool for doing a show with no local support with bands no one’s heard of.”

Today, bands across the globe look to Mazer for what is often their first tour stop in the states, ever. Foreign Dissent is intrinsically connected to FEST, Gainesville’s annual punk weekender. For international musicians booked for FEST, Foreign Dissent offers another tour stop in Florida, and is a boon for bands facing rising costs and countless logistical hurdles to play in the state.

The show also brings out the best of Orlando; the show is quite literally put together by the goodwill of the Orlando scene. The show’s backline is donated by local musicians, along with some critical gear, and Orlandoans open their homes free of charge to host the bands. Mazer charges $10 for entry, in an effort to keep the show accessible to as many folks as Will’s Pub can hold.

Conquering constant chaos and various time zones, Orlando Weekly was able to reach worldwide punk ambassadors Talking Props and Lone Wolf for their thoughts before taking the stage in Orlando on Monday.

Talking Props is a five-piece punk band traveling from Santiago, Chile, for their first-ever show in the United States. “We play loud, fast and in tune around 95 percent of the time,” says the band’s mononymous lead guitarist, Cris. Talking Props started out in 2018 as a cover band, and soon evolved to writing their own music, with the release of their first record Passive Aggressive this year.

“We got together in 2018 to play our five favorite covers. After about our third round of poorly covered songs, Gaston [vocalist] and I started bringing in new material,” says Cris. “We were able to book our first show at our local skate park and we slowly worked on paying our dues with the local punk scene.”

In addition to Gaston and Cris, the band includes JP on bass, Benja on rhythm guitar and Rod on Drums. Like Foreign Dissent acts of past and present, they’re grateful for Mazer’s vision and generosity, “Matter of fact, thanks to Craig we were able to set up most of our East Coast tour,” says Cris. “We owe him a beer or two for all of his help!” 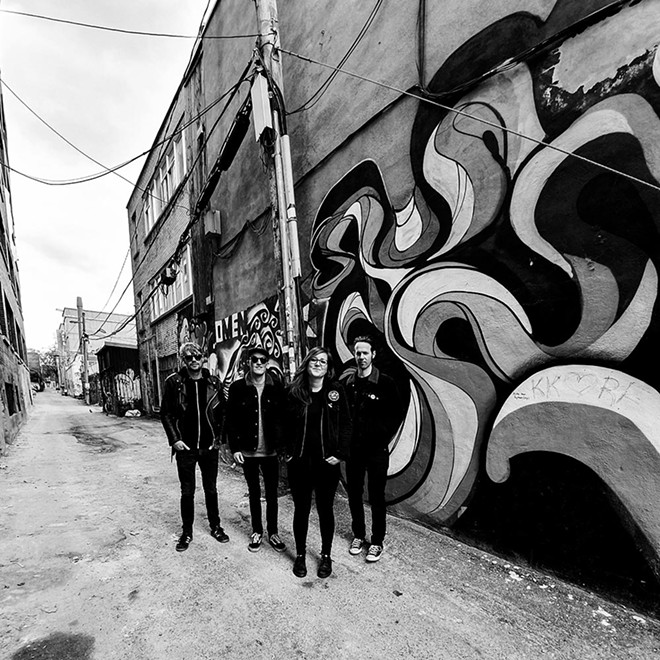 Foreign Dissent faithful may recognize Lone Wolf, a four-piece hailing from Rotterdam. This is the second time the band takes the Foreign Dissent stage. Founded in 2016, Lone Wolf describes their sound as something of a sonic United Nations, “bridging the gap between different genres of punk that is appealing to fans of Dead to Me and the Strokes, equally.”

With impassioned lyrics and relentless riffs, Lone Wolf has garnered a loyal fanbase beyond their Netherlands home. Following up on their 2019 release Together Alone, the band shared with Orlando Weekly that we can expect a third album early next year.
“We had some of our best shows in the states and Florida,” the band says collectively via email. “This is our second time playing in Orlando. Last time was amazing and [we] expect this year to be the same!”

The band also gave due respect to other attractions statewide, musical and otherwise. “The FEST in Gainesville is one of the best punk rock fests in the world. It’s the reason why we are coming over from Europe. That and gators."
© 2022 Orlando Weekly