Animated supergroup Gorillaz to play Orlando in the flesh this week 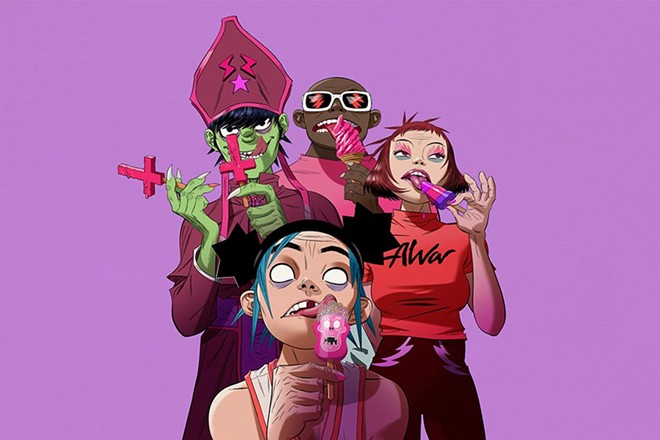 This is one of those OMFG-it’s-finally-happening concerts. While Gorillaz have been a global phenomenon since their high-profile inception as a star-powered concept band, they’re only now making their Orlando debut. It’s sure to be especially triumphant as the near-finale of a North American run that’s their first since a 2018 tour that skipped the Southeast altogether.

Besides Damon Albarn and the 14-piece Gorillaz live band, expect some surprise guests from a roster that changes from night to night. Speaking of that, also expect peeks from their upcoming new album, Cracker Island (due out in Feb. 24), which will feature an illustrious list of studio guests that includes Thundercat, Tame Impala, Bad Bunny, Stevie Nicks, Beck, Bootie Brown and Adeleye Omotayo.

It took over 20 years, but one of the most innovative and iconic acts in music will now finally be landing here like manna from indie-rock heaven. This one will be historical.