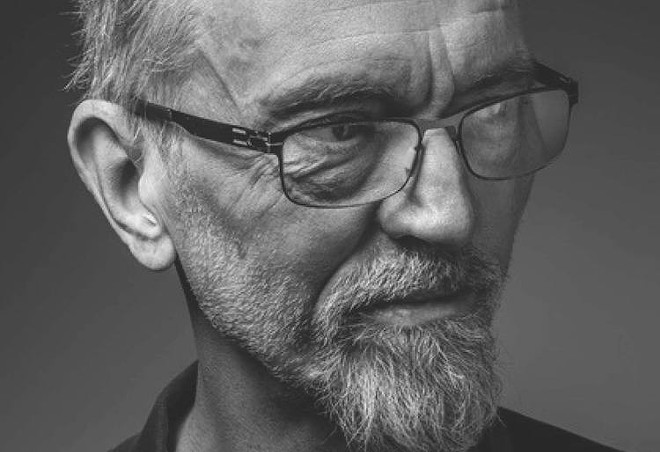 Forty years spent fighting the good fight for music that’s on the left side of the dial, Norman Westberg has been a stalwart of what one could say is true alternative music, the kind that isn’t led by trends and tends to dig deeper into the depths of the psyche.
Westberg does it well and at a prolific pace, primarily as the longtime guitarist for the influential band Swans, along with a laundry list of collaborators on his own projects that range from industrial noise, deconstructed rock to compelling spoken word.

When Timucua Arts Foundation and Modern Music Movement host Westberg on Saturday, we’ll be treated to yet another side of his art, one that he’s been exploring over the last several years: atmospheric soundtracks for imaginary landscapes.
His recent recordings, Drag Acid #8 and the compilation, Hallow Ground presents: Epiphanies along with his earlier Short Songs for the Long Winter attest to this cerebral direction beautifully. Westberg’s brand of ambient isn’t long tuneless abstractions, but scenes set to recurring melodies and themes that peak and valley sometimes dramatically and other times subtly.

Adding to Westberg’s performance in making this a must-see event are opening acts the Fond offshoot Vestis and — wait for it — Eyelight! The first performance after a 20-year hiatus! If you remember Jehn Cerron’s performances from the heady ’90s, you’ve not forgotten the ethereal spells woven by layering and looping her voice, leaving audiences in rapt silence and awe. Eyelight was ahead of the curve of what we take for granted nowadays in the adventurous music of Julianna Barwick, Grouper and Stars of the Lid. This Central Florida innovator’s return to the stage makes for a great pairing with Westberg’s richly creative work.

For Westberg, the Timucua date will be in the middle of an East Coast tour and he took a moment to speak to Orlando Weekly about it.

What is the audience going to experience when you play here?
Well you’ll hear my thing, I’ll have a few shows under my belt during this tour. I try to have a conversation with the audience and get them to enjoy it and relax people.

So we can expect it to be like the ambient atmospheric records you’ve been doing over the last several years?
Yes, that’s what it is, I stand there with my guitar and my pedalboard, I mess with what’s happening. I call it planned improvisation. I have it planned out, but it’s improv. I don’t always know what’s going to happen and different things will make me go to different places. Each show is different.

Does the music evolve as the tour goes on?
Well, one show I was booked at … the Milton Art Bank in Milton, Pennsylvania, with the Douglas Dunn Dancers. There’s a lot of choreography, it’s a really cool thing and his dancers will work off me and each other.

Let’s go back to what you called your music: ‘planned improvisation.’ How does that work for you?
I just start to play. Often at home I’ll have my ideas for the music and then changes will come and I’ll remember to add them into the live set. If you pay attention, there are two parts to my sets. You can hear the songs that I’ve recorded and in between is the music I created at the moment. I really enjoy playing those two parts.

What’s the overall mood of these performances?
Well I try to make it relaxing … that’s the mood. I try to disappear. Something you can’t really do in a rock band, in the Swans I try to play more subtly but with this I try to make movements by piling on layers of sound.

Is there anything you’d like the readers to know that maybe we didn’t cover?
Wow. That’s a tough one. I hope people come out and really enjoy it, and get it. There are always a few people who come out and don’t get it. Swans fans who’ve never heard something like this kind of music. Often they come expecting something else and come away with being turned on to a new type of music. Just like when I heard Stars of the Lid for the first time or Popol Vuh. Which would be some good comparisons to what you’ll hear. Not that I wanted to do that, what they did.

Understood.
Here’s something for the audience, what you hear is that I’m not trying to be anything, I’m just doing what I do. I don’t really go for labels. I don’t know what to label it. I put labels on the music when I post stuff on Bandcamp. I’m doing it because I like it, like something I’d like to go see. Much the same way KISS formed the kind of band they wanted to see.