Come and enjoy everything from brews, an expanded beer garden, and a Bat Barn! 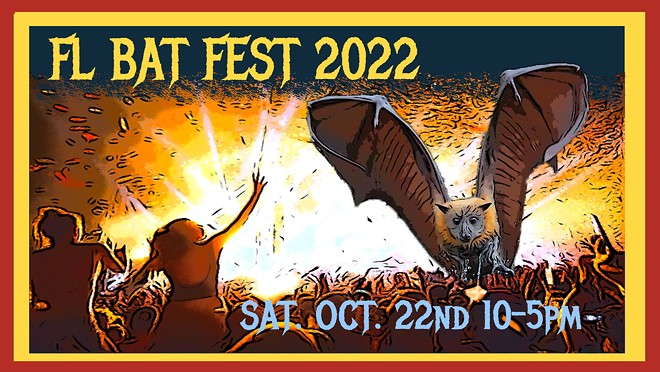 Just in time for Halloween, Lubee Bat Conservancy is bringing back their Bat Fest. The 18th (!) Florida Bat Festival goes down on October 22, starting at 10 a.m.

The conservancy is a non-profit organization that aims to support bats and their natural habitats. Lubee provides education programs to children and families along with events such as the Bat Festival.

The family-friendly event will provide “batastic” activities ranging from live music to games and bounce houses in the Kid Zone for children. The cost of tickets is $5 for children from the ages of 5-12 and $8 for ages 13 and up and free for kids under the ages of 4.

One can shop around from local artisans and taste flavorful food from the local food trucks such as Big Lee’s BBQ, Mayflower Food Truck and many more.

Children and families would also be able to enjoy and learn from the bat experts as they watch some of the world’s largest bats in their updated Bat Barn. The grand opening of the newly transformed Bat Barn will include educational areas full of displays and interactive stations.

For parents who aren’t too fond of the bat scene, a beer garden is provided as well for a total cost of $25 that includes general entry to the park and unlimited beer samples. The beer garden will include vendors such as First Magnitude Brewing Company, Swamp Head Brewery among others.