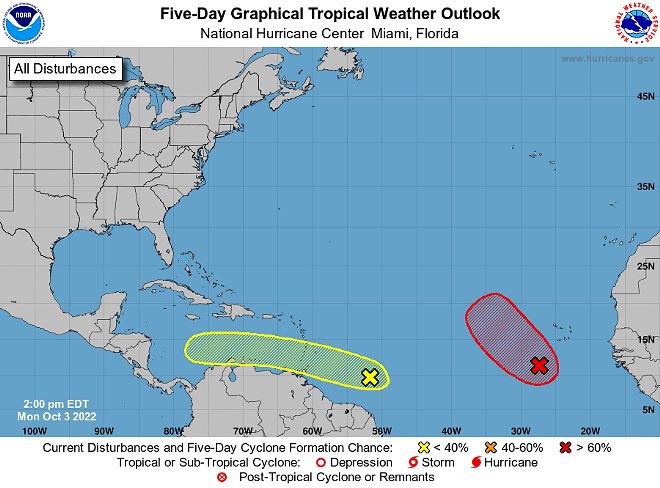 Both waves are being monitored to determine their path and chances of developing further over the next few days.

The NHC has reported that while both waves have a low chance of developing further in 48 hours, one area has a 70% chance of formation over the next five days.

The first wave is located in the eastern tropical Atlantic and has an area of low pressure but showers and thunderstorms continue to increase. The NHC reports that a tropical depression is likely to form in a day or two.

The second wave is located near the Windward Islands and could reach the Caribbean Sea by midweek. This wave has a 20% chance of formation over the next 48 hours.

The NHC continues to monitor disturbances to alert areas so that they may prepare in case a tropical storm develops further.