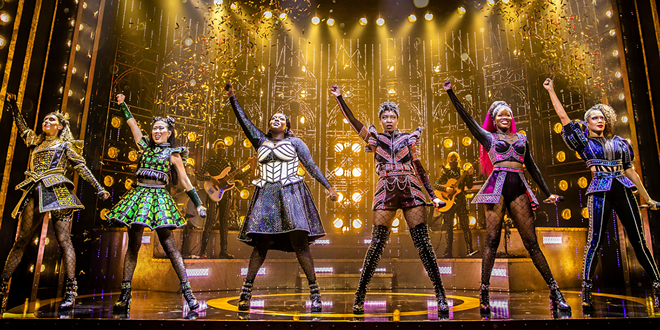 Six,  self-described as a 'histo-remix', explores the lives of the six wives of Henry VIII through modern-day pop music. Equipped with bedazzled outfits and handheld microphones, the queens are set to rock the stage, each modeled after a real-life pop star to make the audience feel as if they're at an actual concert. SIX even breaks traditional musical theatre norms by allowing the audience to record the final number, "Megasix", a high-energy mashup of the show's previous songs.

Six premiered at the Edinburgh Fringe Festival in 2017, now playing on Broadway, the West End, and in multiple locations touring across North America, the United Kingdom, Australia and New Zealand.

Tickets are currently sold out for Orlando's performances. More information can be found on the Dr. Phillips Center website.
© 2023 Orlando Weekly