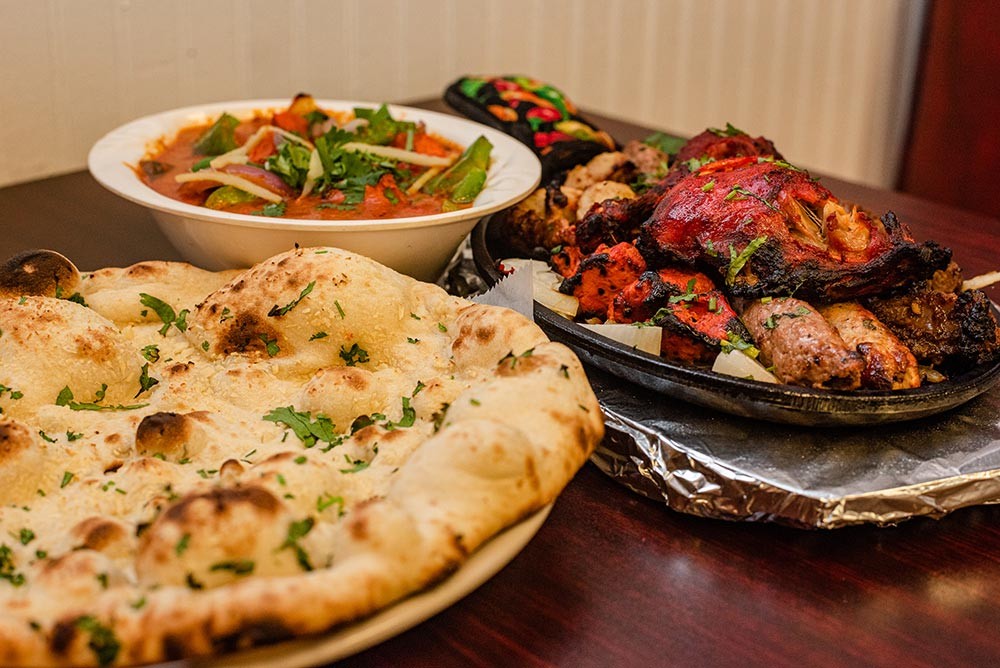 Orlando's Curry Corridor — a two-mile strip of Orange Blossom Trail from West Taft-Vineland Road to Whisper Lakes Boulevard — hosts a wealth of restaurants, grocery stores and meat markets specializing in the food of the Indian subcontinent. Some are Indian, quite a few are Bengali, while others, like the subject of this week's review, are Pakistani. Kabab King, inside the Waterbridge Downs Shopping Village, can trace its royal lineage to ... Atlanta, where the original Kabab King reigns. Needless to say, kebabs are the restaurant's crown jewels and — this being a Pakistani, not Indian, restaurant — beef is a much-regaled protein here.

The reverberant hiss of sizzling chapli kebabs ($12.99) got our attention as we entered the spacious and spartan dining room. The sound served as a sort of aromatic fanfarade for the fattened patties of seasoned minced beef, crunched with ground coriander and pomegranate seeds. What would've made the presentation more regal was if they were set onto a poofy red cushion, like Jaleo does with its chicken croquetas. A platter of smokin' seekh kebabs ($13.99), spiced cylinders of beef jacked with cilantro, were also worth trumpeting, and we didn't pay a king's ransom to enjoy the classic dish either. Also worth ordering are pliant cubes of boti kebab ($13.99). They're as infernally hot as they are plush, but what impressed us was their flavor. The chunks are marinated in a blend of spices prior to being blazed in the tandoor. 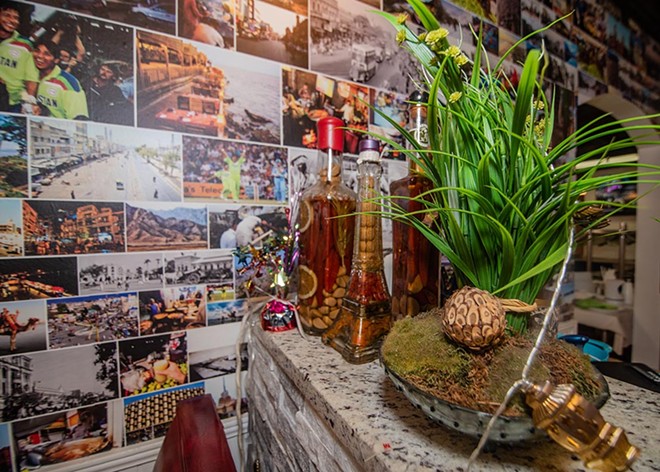 But it's not only about the beef at Kabab King. There are plenty of vegetarian, chicken and seafood items to indulge in — the chicken seekh kebab stuffed in a paratha ($7.99) made an ideal lunchtime roll, while their chaats, or street nibbles, are snacks worth considering, though don't ponder too long. The Karachi special chaat ($6.99) with papdi (fried flour crackers), chickpeas, potato, onion and rice vermicelli, along with yogurt and tamarind chutney, was at once tangy and fiery, and sweet and crunchy.

But it lacked the sort of comfort cooked into two dishes we absolutely could not wait to feast on. One was paya ($17.99) — goat trotters cooked for eight hours in a thin, fragrant gravy. It's a glorious dish and, honestly, I can't say enough about it. In fact, nary a word was uttered as my dining partner and I sucked the marrow out of the bones and dunked shreds from a sizable, sesame-specked Afghani naan ($3.99) into that redolent liquid. There were grunts, plenty of them, and that said it all, I suppose. In Pakistan, laborers line up in the wee hours to get their hands on this nourishing, rousing and utterly gratifying dish. It gets them through the day, as does nihari ($14.99), another slow-cooked stew, this one with soft morsels of beef shank. It's heavy on the ginger and cinnamon, in the best way possible. It's got all the warming feels and, unlike the paya, has a thicker gravy thanks to the addition of atta flour. It's Pakistani fare at its absolute finest.

But our royal feast didn't stop there. Admittedly, I'm not the biggest fan of gajar halwa ($4.99), the dessert of grated carrot and cardamom cooked with milk, ghee and sugar and topped with shaved almonds, but I could not get enough of Kabab King's version. Interestingly, the dish was created by a cook in the royal kitchen of Mughal emperor Akbar in the 16th century, so it's fitting it's served here. We enjoyed it with not one but two cups of kadak chai ($1.99) because the bold, milky brew, like most everything we sampled here, was just that good. 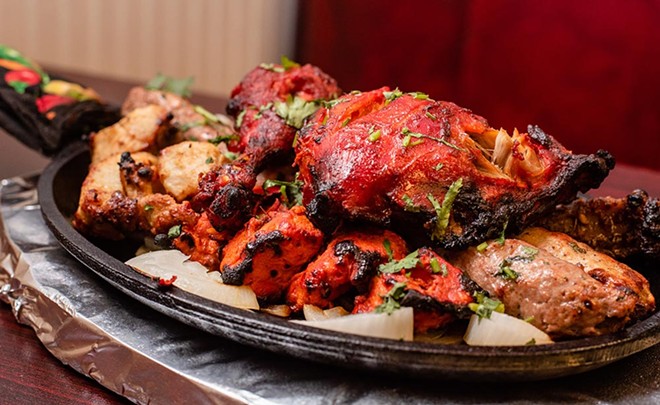 The space, by the way, was once home to "Kabob King" (note the "o") but got new management, a new chef (Yogi Patel, who once ran Wawa Curry in Kissimmee) and a new name earlier this year, and we're better off for it.