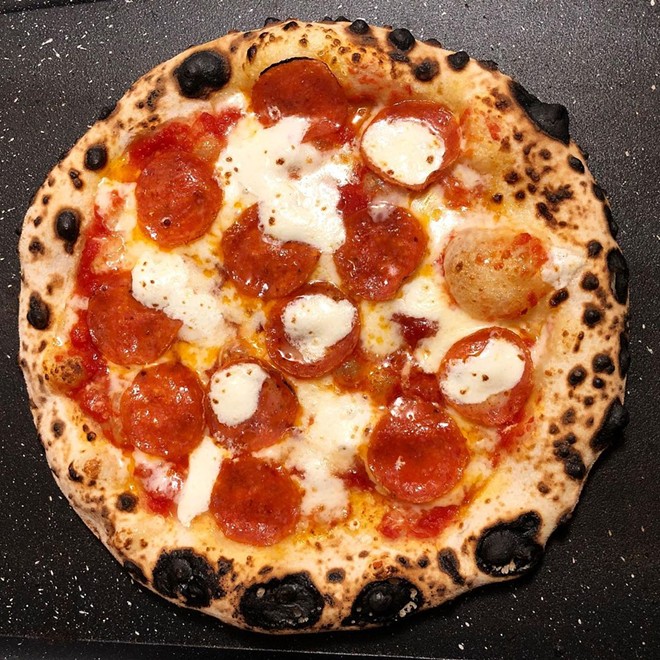 Black Magic Pizza via Instagram
Black Magic Pizza, the neo-Neapolitan pizza pop-up that has scores under its spell, will move into a space in the SoDo District next year.

Traviss Santos, the pizzaiolo behind the brand along with girlfriend Elizabeth Hill and chef Justin Goronda, says Black Magic Pizza will take over the space at 14 W. Illiana St., next door to Rockpit Brewing, with whom they often hold collab events.

In fact, since 2019, the pizza outfit has built a (oc)cult-like following by setting up Roccbox portable ovens at various venues around town, from Whippoorwill Beer House to East End Market. But, says Santos, the goal was always to become a permanent fixture in an established neighborhood.

"We've been selling out at all of our pop-ups for the last three years building huge hype and a fan base," Santos says. "We've faced many challenges along the way, but we're so excited to be be coming to SoDo."

Santos was BOH manager at Pizza Bruno for nearly two years then worked as a pizza consultant for Proper & Wild before it shuttered, so the man knows pizza. Santos fashions a "New York-inspired, Neapolitan fired" pizza using unbleached bread flour imported from Canada that he cold-ferments for 72 hours before stretching and firing. The result is a superlative crust with a beautifully bubbled and blistered cornicione. 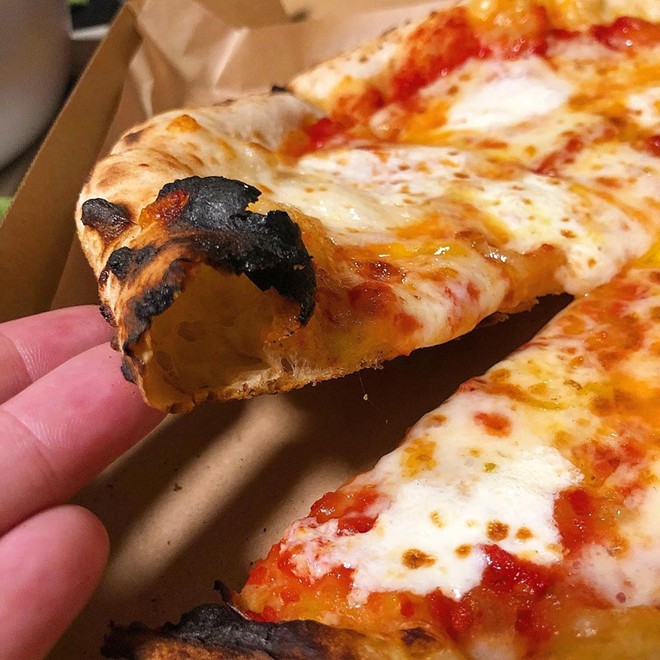 When BMP opens, Santos will ditch the RoccBoxes in favor of an electric MPM PizzaMaster Deck Oven whose temperatures can approach 900 degrees. BMP will also offer 16- to 18-inch large New York-style pizzas in addition to the 10-inch personal pies their fans have come to know and love.

Oh, and he also got hold of the custom Pavesi oven from Bagel Bruno in College Park, but says he's saving it for a future concept down the line.

As to what that concept may be, we can only gaze into the orbuculum of Instagram to find out.

Look for Black Magic Pizza to open "in the beginning months of 2023."