Prosecutor suspended by Florida Gov. Ron DeSantis for refusal to enforce abortion ban will have case heard by judge A federal judge on Monday refused to dismiss a lawsuit filed by suspended Hillsborough County State Attorney Andrew Warren but also rejected the Democrat’s request for a preliminary injunction to block the suspension by Gov. Ron DeSantis, saying the public wouldn’t be served by “yo-yoing” prosecutors.

During an hour-long hearing, U.S. District Judge Robert Hinkle peppered a lawyer for DeSantis with questions about whether DeSantis overstepped his authority by suspending Warren and whether the governor violated Warren’s “protected” speech rights.

DeSantis on Aug. 4 issued an executive order suspending the twice-elected prosecutor, accusing Warren of “incompetence and willful defiance of his duties.” 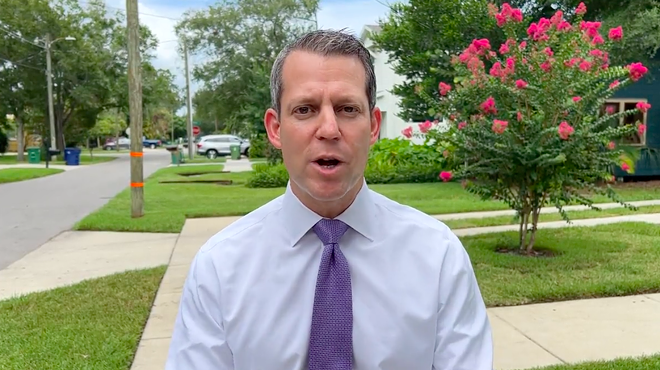 Jean-Jacques Cabou, an attorney for Warren, told Hinkle that Warren, “an elected official, has to be free to express himself on issues of public importance.”

Cabou took issue with the evidence DeSantis cited in the executive order.

“They don’t say what the governor says they said,” Cabou, an Arizona-based attorney with the Perkins Coie LLP firm, told the judge.

Hinkle told Cabou that “one sentence” in the abortion statement “seems to say we’re not going to prosecute any abortion case,” but Cabou said “there was never such a case referred to” Warren.

Cabou said “value statements” joined by Warren aren’t policies that he acted on.

“Every case is evaluated on a case-by-case basis,” Cabou said. “There’s no evidence to contradict this.”

But state Solicitor General Henry Whitaker, representing DeSantis, argued that Warren’s speech in the statements is not protected because “it is government speech.”

“Andrew Warren has no First Amendment right to say that he’s not going to do his job,” Whitaker told Hinkle.

Hinkle repeatedly pressed Whitaker on the issue. The judge gave an example of an elected official being suspended by the governor for telling voters which candidate to support.

“I think it can,” Whitaker said.

Hinkle also pointed to a U.S. Supreme Court ruling involving former civil-rights leader Julian Bond, who was elected to the Georgia legislature in 1965. The Georgia House of Representatives refused to allow Bond to take his seat after he signed onto a statement condemning the Vietnam War. The U.S. Supreme Court reinstated him two years later, affirming that the First Amendment protects elected officials’ freedom to speak out on public issues.

“The U.S. Supreme Court put Mr. Bond back in his position. You’re going to tell me I can’t do that,” Hinkle said to Whitaker. “You really do think the governor is the state attorney’s boss?”

“He is his supervisor” in the same sense that federal prosecutors answer to the president of the United States, Whitaker replied.

But, shaking his head, Hinkle noted that U.S. attorneys are appointed by the president —- and are not elected state attorneys.

“That’s not correct. … He supervises state attorneys in some respects,” Whitaker said, adding that the governor has the authority to assign cases to state attorneys. “The governor was elected by millions more people than Mr. Warren was.”

But Hinkle expressed concern about a governor’s ability to remove an elected official from office because he disagreed with their policy decisions.

“I’m talking about politics, partisanship,” he said. “Those things are all protected by the First Amendment, too.”

Hinkle asked Whitaker if an elected official is “speaking for the state of Florida” when he holds a rally.

“He doesn’t have a right … to say I am a law unto myself and I can’t be disciplined for it,” the solicitor general responded. 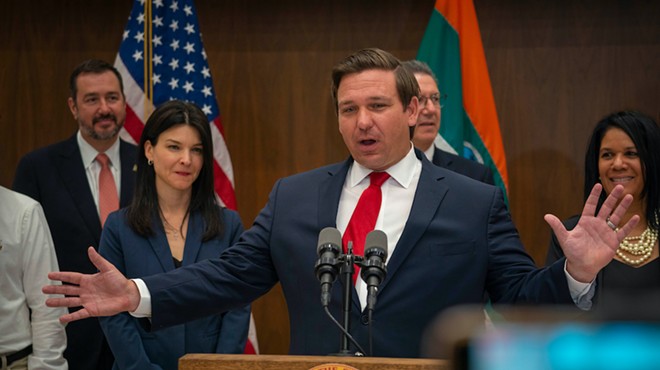 The judge said he had to consider the “real reason” behind Warren’s suspension, posing a hypothetical scenario in which a Republican governor removed a group of Democratic state attorneys who take a softer stance on crime.

“The reason the governor acted was because Mr. Warren neglected his duties and demonstrated incompetence,” Whitaker said.

Before ruling from the bench on the motions for dismissal and preliminary injunction Monday, Hinkle said the case included just a “very preliminary record” and that DeSantis’ replacement for Warren, former Hillsborough County Judge Susan Lopez, already has taken on the role of lead prosecutor.

“I can’t reliably determine the facts at this point,” the judge said, adding that the “public can’t be served by yo-yoing this office.”

Hinkle granted DeSantis’ motion to dismiss parts of the lawsuit accusing the governor of violating the Florida Constitution, saying any remedy by a federal court on that issue “doesn’t work.”

But he refused to dismiss Warren’s lawsuit altogether.

“I think it’s clear that the complaint states First Amendment claims in which relief can be granted,” Hinkle said.

The judge refused to grant Warren’s request for a preliminary injunction blocking DeSantis’ action but said he wants the case to be expedited.

“It’s in everybody’s interest to get this done just as quickly as possible,” he said.

Speaking to reporters after the hearing, Warren said he looks forward to the trial, “where we can win this case and put me back in office to continue doing the work that I was elected to do.”

“There is so much more at stake than my job. This is about making sure that our elections have meaning, making sure that no one, not even the governor, can overturn an election, can silence the vote and voice of the people, or steal their vote,” he said.

Warren’s suspension and legal battle have drawn national scrutiny, with more than 100 legal scholars from across the country denouncing DeSantis’ action and arguing that prosecutors have discretion over how to spend their resources.

But DeSantis, who is running for re-election this year and is widely seen as a frontrunner for the 2024 Republican presidential nomination, has defended his decision.

“In Florida, we actually said we are going to follow the law across the board, state and local. We had a prosecutor over in Tampa that had said he wasn’t going to enforce laws that he doesn’t like. So, we removed him from his post, and we said that’s not going to happen here,” DeSantis said last month.