Impeccable comedic timing and blocking so precise it feels more like choreography. 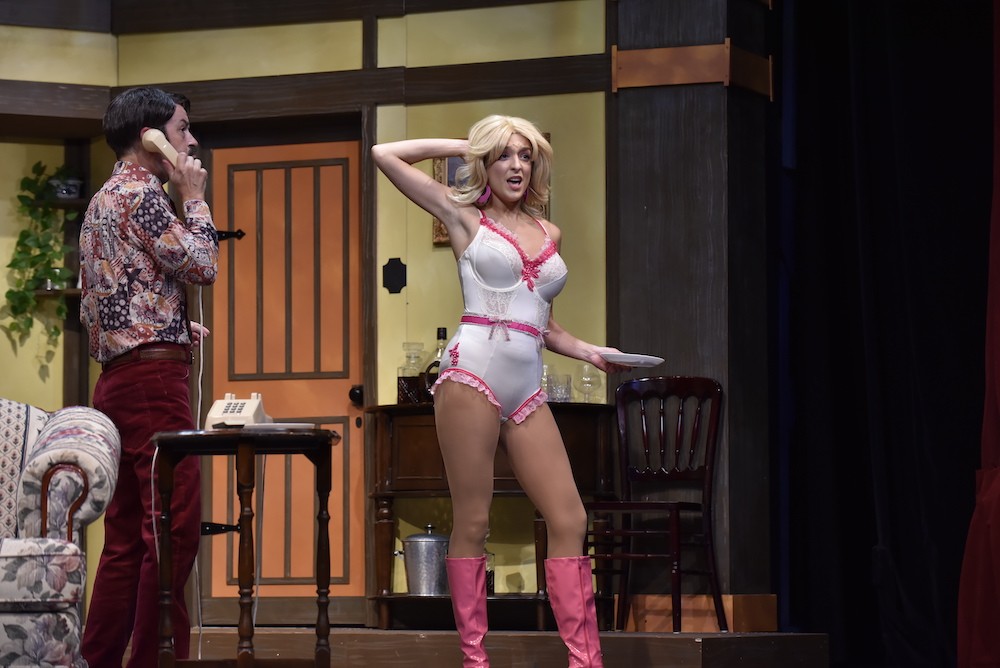 Most theatergoers are familiar with the chaotic premise of the “play-within-a-play”: poking fun at the drama that ensues behind the scenes of live performances through the medium of … well, a live performance! As the cliché says, the show must go on, and thank goodness it does.

Directed by Jim Helsinger, Orlando Shakespeare Theater’s hilarious production of Noises Off opened last weekend and runs through Sept. 25. Following the shenanigans of the fictional touring show Nothing On, the show had the audience immersed in nonstop laughter, thanks to impeccable comedic timing and blocking so precise it feels more like choreography. Scenic designer Jim Hunter certainly brought his A-game in crafting not one, but essentially two complete sets to serve the frenzied theatrical atmosphere.

The cast of this production, of course, is just as high-caliber as one would expect of Orlando Shakes, and more than capable of pulling off such an elaborately orchestrated charade. Rube Goldberg contraptions don’t hold a candle to the complex and elaborate staging that Helsinger’s cast executes like a well-oiled machine. 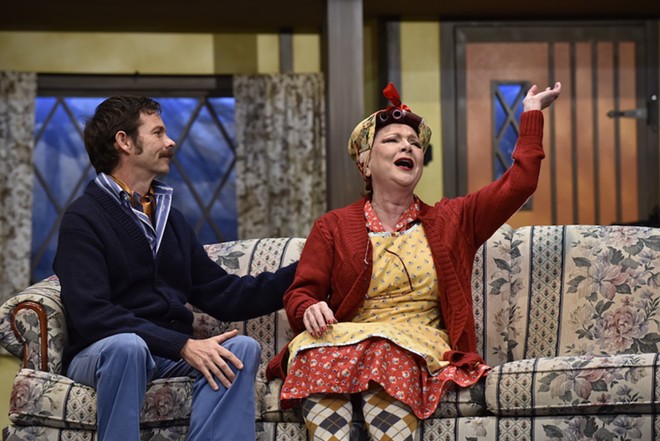 Shakes veteran Brandon Roberts stands out as a sputtering and arrogant Garry — clearly, Roberts is an actor who truly understands what it means to “commit to the bit,” even executing an impressively drawn-out fall down a flight of stairs. His character’s inexperienced co-star, Brooke, is played by Shakes newcomer Kate Milazzo, an absolute master of melodramatic gestures.

Walter Kmiec and Trenell Mooring each bring a unique flair and authenticity to their respective overly dramatic characters. Mooring’s busybody portrayal of gossiping Belinda contrasts perfectly with Kmiec’s emotional and easily startled Frederick, who is prone to passing out at some of the most inconvenient times. 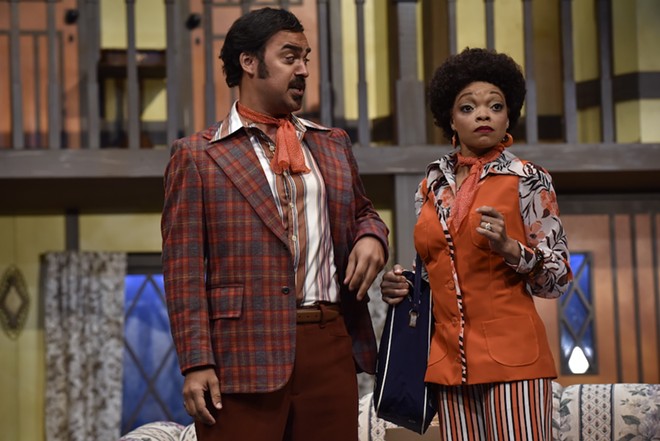 The Orlando Shakes’ comically delightful production of Noises Off brings justice to the utter genius of playwright Michael Frayn, reminding audiences what a rewarding experience is to sit back and witness a talented group of performers as they make elaborately staged chaos look as easy as remembering to bring on the sardines. If you’re wondering what that means … just go see the show.