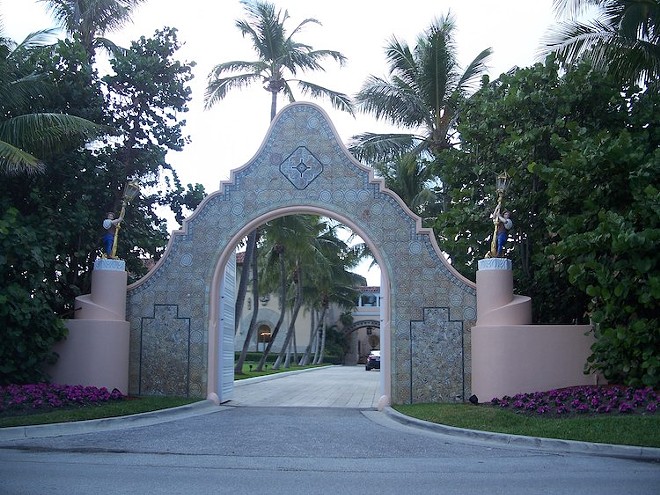 There’s a lot we still don’t know about the FBI raid on Mar-a-Lago last week. What we know, or think we know, comes from a mishmash of anonymous sources, Donald Trump’s confirmations via protestation, and the fragments of information in the public record.

Likewise, there’s a lot we don’t know about where this is headed. It’s safe to say things don’t look good for the former president — he had documents in his possession he wasn’t supposed to have, some of which were highly classified and reportedly pertain to nuclear weapons, after his lawyers told the FBI he’d given them back — but we don’t yet know how bad they are.

We don’t know whether the Justice Department, having retrieved the documents, will call it a day, charge Trump with a document- or obstruction-related offense, or if this is a piece of something more insidious. (It’s curious that Trump, who wouldn’t read national security briefings if they didn’t have bright pictures, was hanging on to top-secret nuclear documents.)

So let’s leave for another day the questions we can’t answer. And let’s stipulate that what we don’t know now, a week after the search, we certainly didn’t know a few hours after federal agents left the property.

That brings us to the most concerning aspect of the last week: the snap judgments, rendered in absolute ignorance but with absolute certainty, that flooded conservative media, denouncing the search as the end of American democracy.

“The Justice Department is unleashing political furies it can’t control and may not understand,” The Wall Street Journal’s editorial board warned in an editorial.

“The FBI raid was unprecedented for America but familiar to those in Florida who fled nations where political opposition was criminalized,” tweeted Sen. Marco Rubio, R-Florida.

“The @FBI’s raid of Mar-a-Lago is incredibly concerning, especially given the Biden admin’s history of going after parents & other political opponents,” Sen. Rick Scott, R-Florida, the head of the Republicans’ Senate campaign committee, wrote hours after the search. “This is 3rd World country stuff. We need answers NOW. The FBI must explain what they were doing today & why.”

“The raid by Joe Biden’s FBI on the home of a former president who is also Biden’s chief political opponent is an unprecedented assault on democratic norms and the rule of law,” tweeted Sen. Josh Hawley, R-Missouri, self-proclaimed constitutional lawyer and Jan. 6 tough guy, the morning after the raid. “Biden has taken our republic into dangerous waters.”

“At a minimum, Garland must resign or be impeached,” Hawley continued. “The search warrant must be published. Christoper Wray must be removed. And the FBI reformed top to bottom.”

Florida Gov. Ron DeSantis: “The raid on [Mar-a-Lago] is another escalation in the weaponization of federal agencies against the regime’s political opponents, while people like Hunter Biden get treated with kid gloves. Now the Regime is getting another 87k IRS agents to wield against its adversaries? Banana Republic.”

Rep. Marjorie Taylor Greene and other far-right types started a “Defund the FBI” campaign. Taylor Greene also filed articles of impeachment against Attorney General Merrick Garland, accusing him of “[overseeing] a denigration of the principles of our democratic republic by politicizing our Department of Justice, and utilizing the Federal Bureau of Investigation as a Federal police force to punish or intimidate who questions or opposes the current regime.”

Again, none of these people knew anything about the FBI’s search when they ran their mouths. But they all knew — or should have known — that the DOJ doesn’t comment on ongoing investigations and couldn’t publish a search warrant filed under seal, though Trump could have released it whenever he wanted.

Which is to say, the calls for “transparency” and “answers” were designed to inflame the MAGA masses, nothing more. And they worked: Magistrate Judge Bruce Reinhart, who signed the search warrant, is facing death threats. Conservative forums exploded with talk of civil war. Then a MAGA acolyte tried to shoot up the Cincinnati FBI office and got himself killed in the process. Even after that, Breitbart published the names of the two FBI agents involved in the search, which, of course, put a target on their backs.

The unignorable irony here is that the last time the FBI talked out of school about a politically charged investigation — former director James Comey in 2016 — it got Trump elected. The rest of this temper tantrum, however, reeks of projection.

Hawley, who played a pivotal role in trying to overturn the results of the 2020 elections, purports to lecture Biden on taking the republic into “dangerous waters”? Rubio, who in 2016 said Trump could not be trusted with the nuclear codes, says that investigating Trump for illegally keeping nuclear documents is a junta? Scott, who defended Trump’s attempt to blackmail Ukraine into announcing a phony investigation into Biden, believes the Biden administration has a “history” of going after “political opponents”?

And not that you’d expect better from DeSantis, but that 87,000 IRS agents canard is a lie. 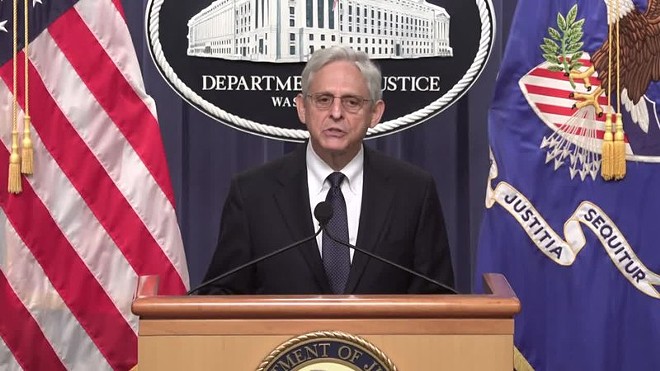 
Soon, Merrick Garland could face the most difficult choice of any attorney general since the Nixon administration: If the DOJ indicts Trump, Republicans will say the charges are politically motivated, and there’s a not-insignificant chance of violence. But if the DOJ lets Trump off the hook because it’s scared of the consequences, then the rule of law means nothing.

I don’t pretend to know how this will — or should — play out. But it’s very important that we in the media get this next part right. Don’t tolerate politicians who’ve already exposed themselves as craven liars and hacks. Don’t insult your audience by treating those politicians like serious people. A precarious democracy can’t afford to look the other way while self-serving authoritarians pour gasoline on the fire.

Besides, the FBI — which is, historically speaking, a shit institution — deserves better critics.