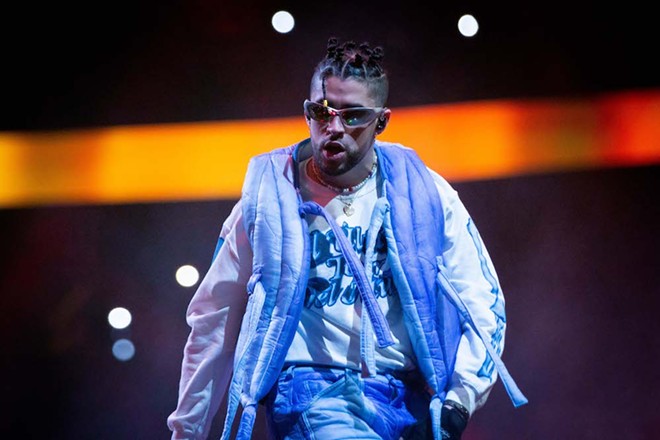 Get ready to drink deeply of your "Moscow Mules," because reggaeton icon Bad Bunny is back in Orlando for the second time this year, and everything about this "World's Hottest Tour" return date is bigger and arguably better.

It's been quite a year for the Puerto Rican singer since releasing his record-breaking album Un Verano Sin Ti — El Conejo Malo just crushed the previous record for the most Spotify streams in one month, placing him at No. 7 worldwide among Spotify's global artists; former president Barack Obama just shared his summer playlist, and Bad Bunny's "Ojitos Lindos" was part of that list of Executive Branch bangers; and BB's TikTok supremacy continued, with a recent video of him singing the theme to Mexican telenovela Rebelde in a cowboy hat going instantly viral.

Last time Bad Bunny was in Orlando he played an arena, this time he's going straight to the top with a stadium show, and by the time you read this it will be more than likely sold out. And yet, titi me pregunto if I'm going ... you know the answer.
© 2022 Orlando Weekly