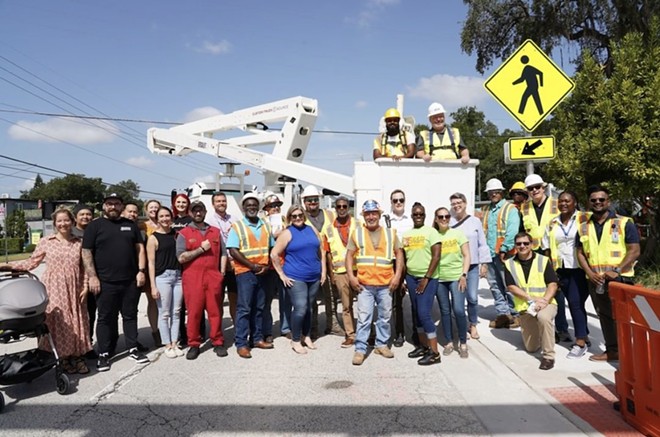 Orlando is a dangerous city to be a pedestrian, but at least one part of town is working on being a little safer.

Orlando Mayor Buddy Dyer and Commissioner Robert Stuart were on hand last week to help install a signaled crosswalk on Corrine Drive. (Hizzoner even went up in the construction lift.) The new pedestrian crossing at East End Market will help alleviate risk at a frequently dangerous intersection.

The crosswalk is one small part of a master plan for Corrine Drive that was first shared in 2019. The plan calls for expanded sidewalks and a 12-foot-wide path for pedestrian and cyclist use. The report noted that 8,000 people live 10 minutes away from Corrine Drive, but most are wary of walking or bicycling around there due to unsafe conditions.

Though Orlando is no longer the most dangerous place for pedestrians, it still isn't particularly pleasant to walk around. The city was named the deadliest in the U.S. for two consecutive years, only falling in the most recent rankings because other cities saw their death tolls rise.

Orlando is no longer the deadliest place for pedestrians: (...But only because everywhere else got worse)


That's not to say work isn't being done. Initiatives like the one on Corrine Drive are popping up all over the city as part of a continuing project to make Orlando less car-dependent. Tanya Wilder, director of the city's transportation department, recently told Orlando Weekly that her goal "is to diversify and to focus beyond just roads and make it more people-centric than car-centric."

Wilder realizes that more has to change in mass transportation in order to view it as reliable. Her goal is to work with county and state officials to improve transit while also making the area outside the buses and trains more accessible. 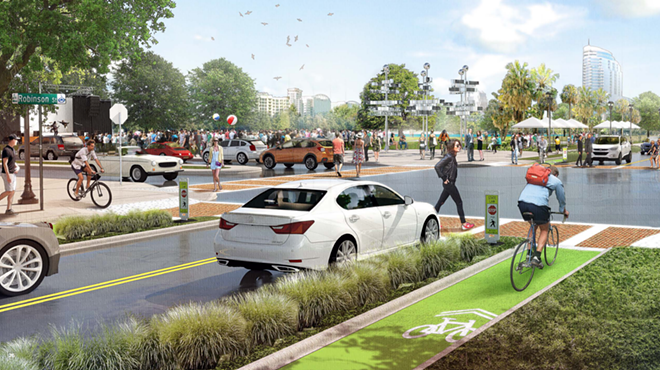 Orlando is a car-reliant hellscape. Tanya Wilder hopes to fix it