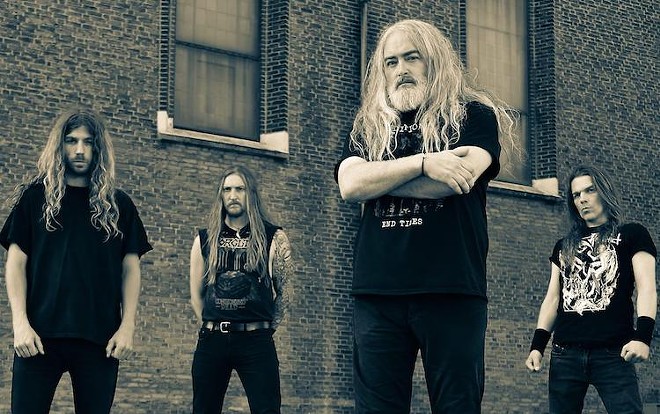 If you like the heavy stuff, this lineup is some serious Christmas-in-July type shit. Kicking off right here in Orlando, this North American co-headlining jaunt from Goatwhore and Incantation is an all-star team of antisocial and antichrist tendencies. (Only Florida date, so be prepared for crowd intimacy.)

Goatwhore specialize in extremity that touches on all ends of the extreme metal spectrum — death, black and thrash — while death-metal lifers Incantation just sound guttural in all the best ways, like churning organs and serrated blades. John McEntee and his fellow thrashers have still got it after decades. Bewitcher are along for the ride too, and make sure to get there extra early so you don’t miss Miami’s Caveman Cult, perhaps the greatest war-metal ensemble currently drinking blood and grinding it out in these United States.