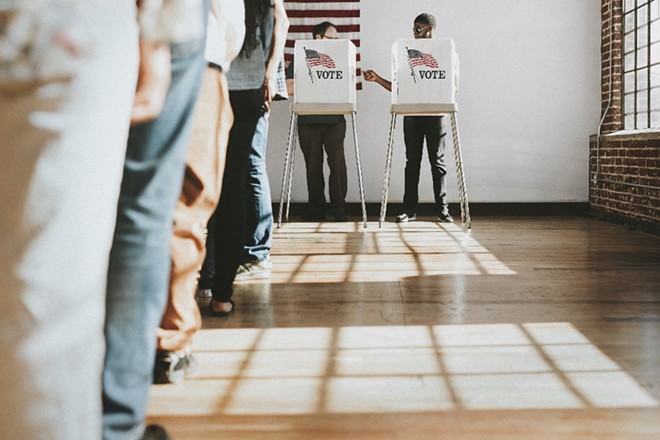 Pastors, community leaders and educators are joining forces to engage Black voters in Florida’s 2022 elections, with an emphasis on monitoring a new "elections police" office championed by Gov. Ron DeSantis.

The push to register and turn out Black voters isn’t a unique endeavor. Black voters, as a group, largely have supported Democratic candidates and are considered a critical voting bloc in close elections.

But an effort this year by Equal Ground Education and Action Fund —- dubbed “A Vote for Black Lives” —- comes amid a spate of legislation that Black leaders say makes it even more important for members of their communities to cast ballots. 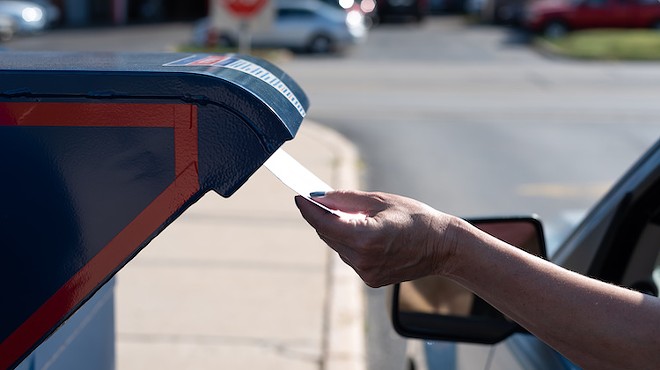 “‘A Vote for Black Lives’ is a vote against voter suppression, a vote against state-sanctioned violence, a vote against racial bias in our schools and in our places of employment and it’s a step towards truth-telling about our country and about our state’s history,” Equal Ground founder and consulting director Jasmine Burney-Clark told reporters this week.

The organization is teaming with community activists, historically Black colleges and universities, and church leaders in eight counties it deems critical in this year’s races. The campaign is targeting voters in Alachua, Leon, Palm Beach, Pinellas, Orange, Seminole, Volusia and Washington counties.

Thomas pointed to a series of laws, passed by the Republican-dominated Legislature and signed by DeSantis, that include efforts to make it more difficult for Floridians to vote by mail. She also called out a number of so-called “culture war” issues that have drawn criticism —- and lawsuits —- from Democrats and civil-rights organizations.

A law pushed by DeSantis this year, for example, restricts the way race-related concepts can be taught in schools and workplace training.

Dubbed by DeSantis as the “Stop WOKE” Act, the law, in part, prohibits instruction that would cause students to feel “guilt, anguish or other forms of psychological distress because of actions, in which the person played no part, committed in the past by other members of the same race, color, national origin or sex.” The law is the subject of two federal-court challenges.

Legislators also signed off on a congressional map proposed by DeSantis that included reconfiguring a North Florida district held by U.S. Rep. Al Lawson, a Black Democrat. The new map, which is being challenged in court, could lead to fewer Black members of the state’s congressional delegation.

One of the “A Vote for Black Lives” campaign’s priorities will focus on a new “Office of Election Crimes and Security” office, which was included in a bill (SB 524) passed in March. The office will have authority to independently launch investigations into purported voting-related wrongdoing. The office, which is housed within the Florida Department of State, also will manage the state’s elections hotline.

The bill also calls for the appointment of Florida Department of Law Enforcement officers to probe allegations of election violations, with at least one officer in each region of the state.

The creation of the office within the Department of State has caused alarm among civil-rights leaders, who maintain it is unnecessary and could be used to intimidate Black and Hispanic voters. The state has not released rules laying out exactly how the office will operate.

“With the passing of Senate Bill 524 that created an elections police force, we believe that it is important to staff polling places with poll monitors at early voting locations and on Election Day” who are trained in Florida elections law and on hotline procedures, so they can help voters report issues to county elections officials, Thomas said.

Equal Ground’s goal is to beat 2018’s Black voter-turnout rate of 61 percent by one percent, she said.

The group also is enlisting “trusted leaders” in the Black community to work as “validators” who can train other volunteers to educate Black voters about such things as election dates and voting locations and encouraging them to vote, Thomas said. The group’s activities launched this week, and digital ads will go up in August.

While all efforts geared toward voter education and turnout are important, Thomas put poll monitoring at the top of the list.

“It's going to be critical that we have community leaders that are trained on understanding these new laws and our voting rights and things like that, so they're able to mitigate any issues and report directly to our election-protection hotlines and attorneys that manage those hotlines,” she said.

The effort to engage Black voters also will target young people, according to Tameka Hobbs, executive director of the A. Philip Randolph Institute for Law, Race, Social Justice, and Economic Policy at Edward Waters University in Jacksonville.

“As an advocate for students and Black history, I am deeply concerned by the way that certain politicians have been using education for their own political agendas, turning our kids and young adults into pawns and potentially jeopardizing their future instead of ensuring our schools have all the resources they need to provide a positive learning environment for all students. This must stop,” she said during a call Tuesday with reporters.

Hobbs pointed to the new elections office and part of Florida law that removes registered voters from the rolls if they have not cast ballots in a certain period of time.

“Both of these policies will have true detrimental effects on people of color and young voters,” she said.

Hobbs said that she and other campus and community leaders are working to ensure students are registered to vote and that they have accurate information about upcoming elections.

Hobbs said people between the ages of 18 and 24, make up just 10 percent of the voting share.

“We must increase this number because laws being passed are going to deeply impact the voting population. And we must do everything in our power to engage and empower this generation,” she said.