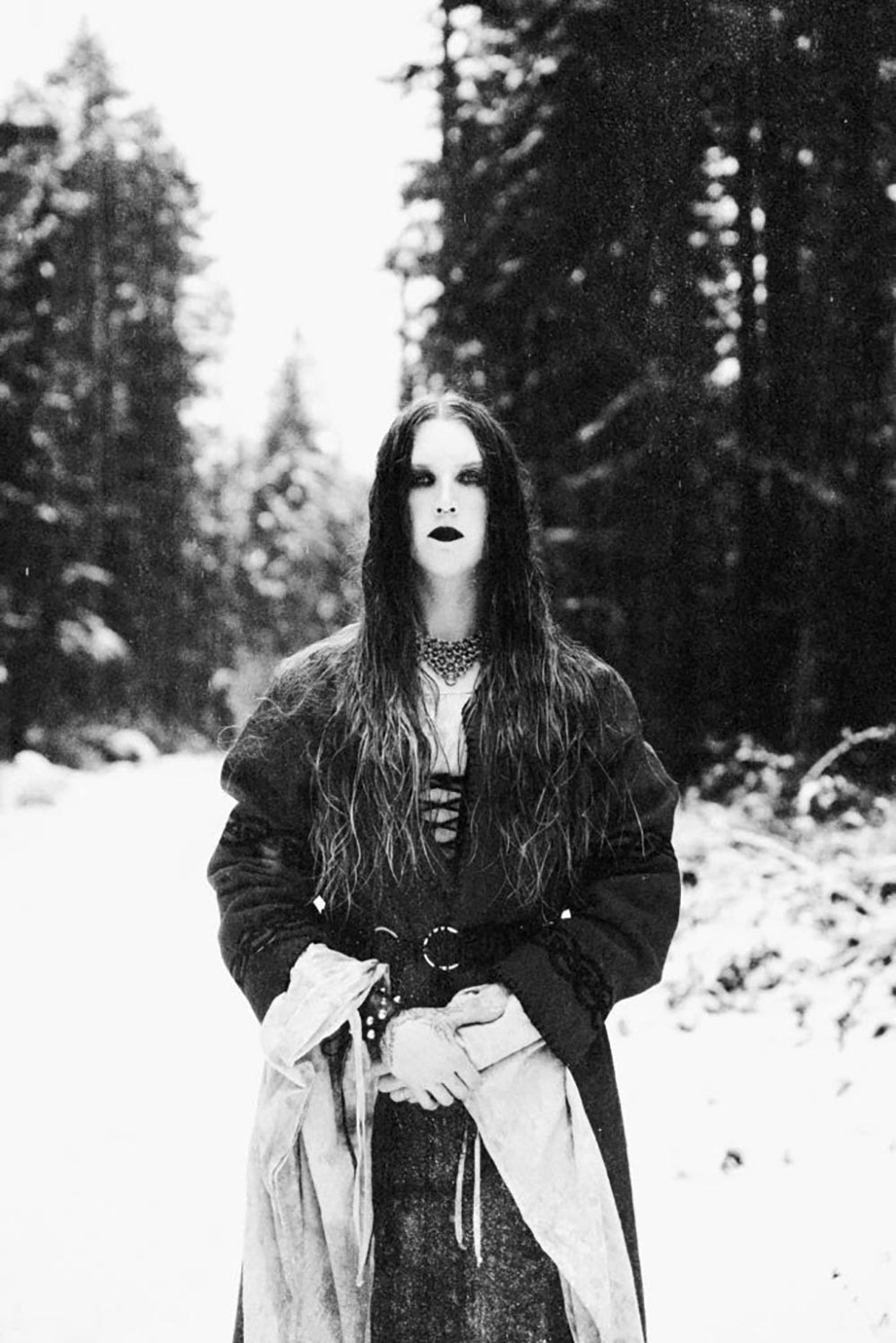 Our picks of the best stuff to do this week.

Hulder
Black metal has proven to be a surprisingly nimble style of music, deftly avoiding any of several aesthetic and ideological dead ends. Indeed, there is a consistent flood of new, intriguing takes on the black metal template as the corpse-paint is taken up by legions of young enthusiasts. One-woman U.S. black metal powerhouse Hulder is a leading light amongst this horde. After a string of highly coveted and lauded limited-release cassette demos, the project of Marliese Beeuwsaert hit the underground big time with last year’s Godslastering album on Iron Bonehead and the more recent The Eternal Fanfare on 20 Buck Spin. Both are stellar records of raw, cold, classic black metal not in the least concerned with mass accessibility, but with an instinctive knack for compelling riffs and song structure. Now Hulder is on her first U.S. tour with a full band, and expectations are very, very high. But then again, she’s got Satan on her side, so no sweat. Touring support comes from Skeleton. — Matthew Moyer

Silvestre Dangond
Before capturing the crown as the king of vallenato (a popular style of Colombian folk music), singer Silvestre Dangond spent a lifetime honing his musical craft. Born into a musical family, Dangond was signed to Sony and recording his first album, Tanto Para Ti, barely out of high school. Dangond teamed with Juancho De La Espriella for 2005’s Ponte a la Moda, a hit with Latin music fans worldwide. After the duo went their separate ways, Dangond’s 2014 solo effort, Sigo Invicto, cemented him as a star on his own and earned him five Grammy noms. Dangond found a newer, younger audience through collaborations with big reggaeton names like Nicky Jam and Maluma in the late 2010s. But despite these crossovers, Dangond is steadfast in his love of the vallenato sound. As if to drive the point home, Dangond’s latest single, “Un Motivo Especial,” is an affectionate reworking of an old vallenato number by Dangond’s mentor, Diomedes Diaz. Dangond starts his headlining U.S. tour right here in Orlando, with a second show added due to demand.  — Maitane Orue

Expert Timing
The end of times may be near, but punk is alive and well in the City Beautiful. The minds behind the Pulp Fest have teamed up with Foundation, culminating in a killer lineup of bands taking the Social stage. Orlando’s bubblegum-grunge outfit Expert Timing headline the night. They’re a tender warrior band, taking on tough topics with warmth, but always ready to throw a punch when necessary. Joining them are the very relatably named Dead Selves from Atlanta. The band’s recent single, “Leather Teeth,” is a simultaneously haunting and groovy slice of grandiose emo. And then there’s Orlando’s Palm Tree Square and Default Friends, more than worth opening an ear to. Support your local punk scene like it supports you.  — Ida V. Eskamani

Keith Sweat
If you want to wish the singer who gave us immortal late-20th-century R&B singles like “I’ll Give All My Love to You” and “Make It Last Forever” a happy rotation around the sun — and why wouldn’t you? — add this upcoming Keith Sweat birthday event to your week’s calendar. Sweat will be the guest of honor and headliner at an “R&B Music Experience — Keith Sweat Birthday Celebration” concert with a stacked lineup of famous friends. The New Jack Swing innovator and hitmaker has been releasing a steady stream of romantic R&B anthems since the early ’80s through to the present day. Joining Sweat on stage that night will be Tevin Campbell, Monica, Tamar Braxton, 112, Ginuwine and Silk. It’s like a living snapshot of the singles chart in the early 1990s, or a mixtape to die for.  — MM

Grupo Niche
Get out your dancing shoes because straight out of Cali — Colombia’s capital of salsa — comes the legendary Grupo Niche, performing at SeaWorld as part of the park’s Electric Ocean Concert Series. This seminal salsa band formed back in the 1980s, and since then, they’ve enjoyed acclaim throughout Latin America. Grupo Niche’s live outings are dubbed “The Salsa Experience,” and it’s not empty hyperbole. Are you ready to dance all night? Grupo Niche have energetic anthems like “Una Aventura” and “Cali Pachanguero” ready for you. If you’re in a romantic mood, ballads like “Gotas de Lluvia” or “Busca por Dentro” are perfect for the slow-dancing lovebirds. The Electric Ocean Concert Series continues through Aug. 7.  — Nicolle Osorio