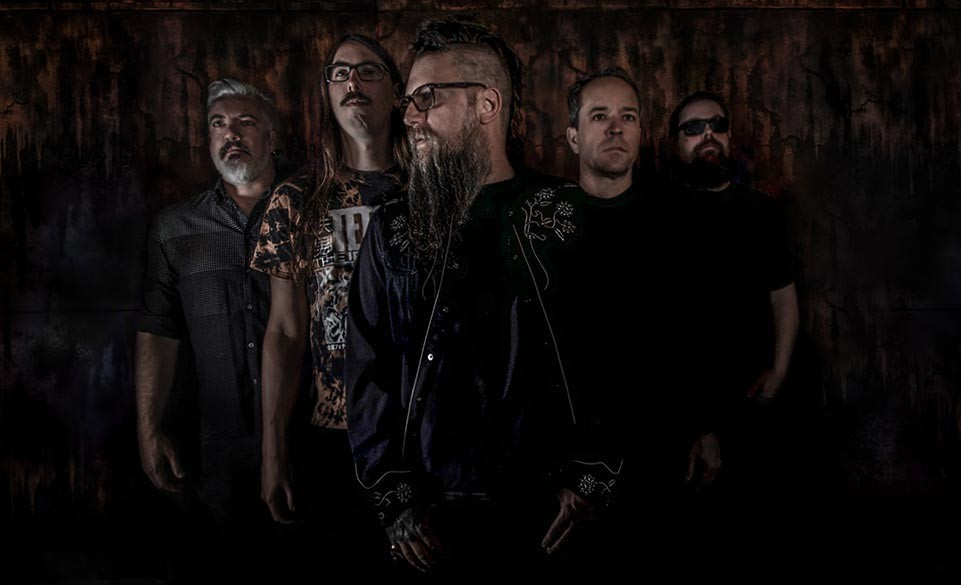 Orlando "evilcore" — metalcore with just the right bit of pepper and spite sprinkled in — innovators Bloodlet made a surprise musical return a couple of weeks ago with the release of their first new song in two years, "Stealing Fire."

And "Stealing Fire" is just the herald of an exponential uptick in Bloodlet activity. The band are ending a long performing hiatus — their last show was with Miami's sludge-gods Torche at Will's Pub in February 2020 — to head out on the road with heavy peers Darkest Hour and Zao for an East Coast run.

This isn't the first "back-from-the-dead" moment from the Orlando metallic-hardcore legends. After a reign of terror that spanned most of the 1990s, producing albums like the 1996 classic Entheogen on Victory Records, the band would go into hibernation several times, emerging occasionally to play shows or release ever-more-ambitious albums, like the Steve Albini-produced Three Humid Nights in the Cypress Trees in 2002. Bloodlet last reconvened in 2017 and were going strong until the pandemic put the brakes on everything. Now an older and wiser Bloodlet is back, seemingly playing for keeps.

Bloodlet start their roadwork in earnest this Friday with a hometown warm-up show at Will's Pub. (Everything comes full circle.) Though deeming it a "warm-up" is a slight misnomer, as the lineup is so damned intriguing — a past/present/future précis of Central Floridian heaviness boasting OG lunatics Gargamel! and feral young guns Meatwound and Horsewhip. From there it's off on some solo East Coat/Midwest headlining dates and then the Darkest Hour tour.

But let's jump back to the surprise release of "Stealing Fire." Musically and conceptually, "Stealing Fire" is evidence of reclusive time very well spent: a dizzying and oft-majestic three-minute crash and burn of tempos and riffs with lyrics based around the tale of Prometheus, the Titan who stole fire from the Greek gods — allowing humanity to flourish — and was punished in a gruesomely eternal fashion.

"Lyrically, it just doesn't get much more metal than that," jokes Bloodlet vocalist Scott Angelacos. "I mean, my man was tied to a rock and had his liver eaten every night by an eagle, then it grew back and it would all happen again the next day."

"It's definitely got elements of old Bloodlet, and I can hear riffs that would be totally at home on Entheogen, and totally at home on Three Humid Nights in the Cypress Trees. It's also got some elements that are a little bit newer, some of the sounds that we are moving towards," says drummer Charles King. "And it's a super fun song to play live."

The Will's Pub show isn't the only full-circle element of Bloodlet's return to the stage. The dates with old friends Darkest Hour are themselves an attempt at picking up where things left off in 2020.

"Right before everybody was locked down. I think our last shows with [Darkest Hour] were in January 2020," says Angelacos. "They're just trying to take over where they left off and they offered us a tour again."

The invitation from Darkest Hour occasioned a drastic shift in where the band had been directing their energies, as it turns out they've been slowly working on new material for an album. Their focus became rehearsing, practicing, regaining that telepathic connection a tight live band requires.

"We're really going back to being in the [practice] room, spending as much time in the room together as we can, and making sure that not only is the technical muscle memory there but that feeling of playing together every day," explains King.

"It feels like we're firing on all cylinders now," says Angelacos. "There's a difference in our minds between just having a bunch of songs that you play, and having a cohesive set that feels like it belongs together and hits."

And what's that about a new record?

"It's kind of hard to say where we're at with it. We've stopped on the writing process, put it aside to get ready to go on the road. But I believe we have five or six songs demoed," says Angelacos.

"We're getting pretty close. I don't want us to lock ourselves into a timeline or anything," says King of finishing the album. "But it's less than a year away, I would think."

By the numbers, "Stealing Fire" is Bloodlet's first single in roughly two years. And whenever this new record does see the light of day, it will be the band's first full album in over 20 years. Is there any sort of weight of expectation?

"I didn't think about that until you brought it up!" exclaims Angelacos. "We definitely want to pay attention to who we were in the past and make sure that all those elements are still there. But we're really trying to do our own thing and we're trying to bring new elements into it and challenge ourselves."

"One of the blessings and curses of Bloodlet is that if you go back and listen to our catalog, every one of those albums is different from each other," says King. "So when we have this conversation about what makes a Bloodlet song, it's like 'Well, which Bloodlet?' Sometimes we're punk rock and sometimes we have 11-minute songs and then other times we're a mid-tempo rock band with shouted vocals. We're all of those things."

Though it seems like a crapshoot — or defying the gods a la Prometheus? — for bands to make predictions on what the future holds, Bloodlet seems almost optimistic.

"We're really enjoying what we're writing right now," says Angelacos. "I'm looking forward to what we're about to do with the tour and with the record."