Tanner Jones brings Couplet project home to Orlando for show with Into It. Over It. 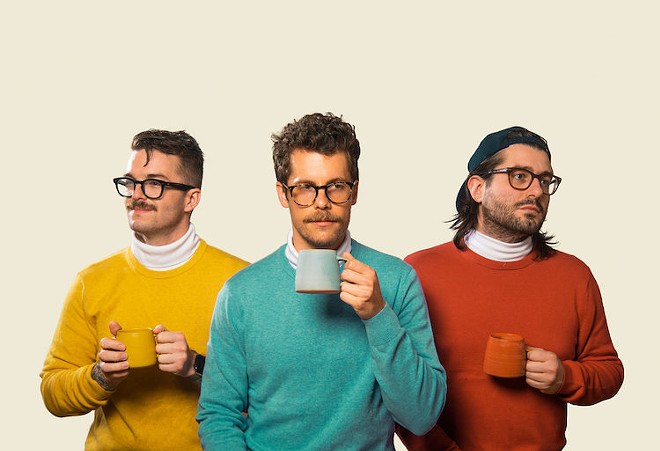 Couplet — the new project from Orlando’s Tanner Jones — are on their first big tour and coming home to Orlando to play a show.

OW readers know Jones as the former frontman of local and beloved emo act You Blew It! This tour marks Jones’ first since that band broke up in 2016. As noted in our interview with Jones last year, Couplet is a rootless project, with Jones in Orlando alongside Chicago emo fixtures Evan Weiss and Adam Beck.

Their first album, LP1, was recorded in pandemic self-isolation, embracing a new sonic direction for Jones. Couplet is an emo-supergroup with a bright, uplifting sound that takes you to the clouds. That’s the first law of emo-kid-dynamics: We can neither be created nor destroyed, only altered in form.

In the midst of their first tour, the band released their first EP, the also efficiently named EP1. This is the first time tracks were recorded with all three bandmates in the same physical space. All good things come in threes, they say; the three tracks solidify their sound with confidence.

Somewhere between the midwestern states, the band shared their reflections on the upcoming Orlando show: “It’s been a bit since we’ve been on — or able to — tour, so that’s pretty cool on its own. But we’re looking forward to playing Orlando specifically. For obvious reasons, it’s pretty close to our hearts, and we’re excited to get the chance to share some of these new live arrangements with new & old friends.”

Couplet comes to the Abbey on Tuesday, June 28. Couplet shares the stage with headliners and emo stalwarts Into it. Over It. and Tallahassee's Pool Kids. Tickets are still available through the Abbey.