Of all the gay-themed variety shows at this Fringe, this is certainly one of them. 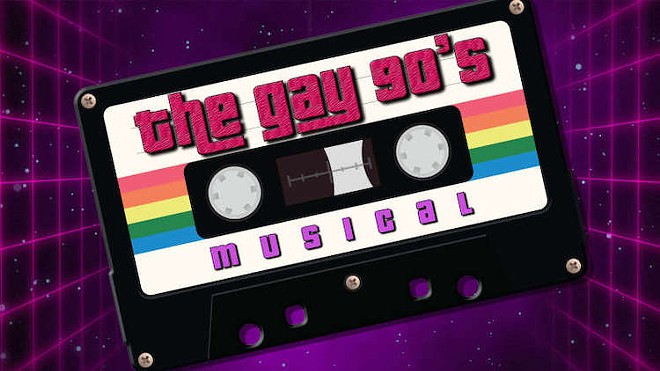 Out of all the gay-themed variety shows at this Fringe, The Gay ’90s Musical is certainly one of them. Three men and three women dressed in castoff Dapper Dan costumes gamely limp though a lame collection of unmemorable musical numbers and toothless jokes recycling tired tropes about homosexuality. The alleged conceit — telling 100 years of gay history in song — is never meaningfully developed beyond the opening chorus, and the ’90s angle is mostly expressed through dated references to domestic partnerships and phone sex lines.

With the sole exception of one tender heartstring-tugging AIDS tribute towards the end, there are no identifiable characters or connective tissues to bind the uneven bits (which were written three decades ago by a dozen-odd different authors) into a greater whole. Clumsy choreography does little to enhance the generic score, while the cleverest the lyrics get is during a belabored oral sex metaphor about a “cunning linguist” which ends in an indifferently faked orgasm. On the plus side, I did appreciate that (unlike some similar LGBTQ-aimed shows) lesbians and bisexuals are given equal time here, and even most lugubrious of the cliche-ridden songs is tunefully sung by the overqualified cast.