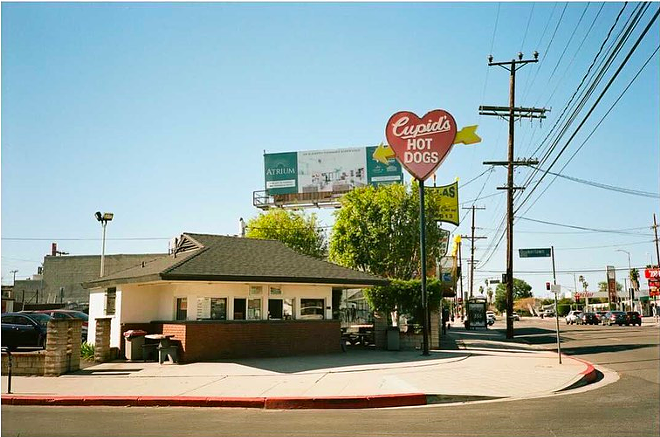 A California hot dog institution is opening its first East Coast location in Orlando, and wiener fans can get their first taste this week.

Cupid's Hot Dogs' first location outside of California sits at 1515 Lee Road. They opened today and are offering a 30-day deal on combo meals. For the first month or so of the restaurant being open for business, a combo meal (fries and a drink) will only cost $1 more than a stand-alone dog.

The restaurant mostly sells all-beef Vienna hotdogs. Cupid's has done so since the mid-40s. Their rate of expansion has been rather slow, with just five locations in total. The family-owned restaurant clearly subscribes to a "don't fix what ain't broke" mentality, leaving their menu much the same as it was in the '40s.

“I think we’ve stayed true to our original menu,” Third-generation owner Kelly Walsh told WKMG. “We’ve added very few things — like a veggie dog, Chicago toppings — so we just wanted to keep it as simple as our grandparents started it, very minimal changes.”

–
Stay on top of Central Florida news and views with our weekly newsletters, and consider supporting this free publication. Our small but mighty team is working tirelessly to bring you Central Florida news, and every little bit helps.
© 2023 Orlando Weekly