If you're lucky, you'll catch his Orlando concert this week at Amway Center 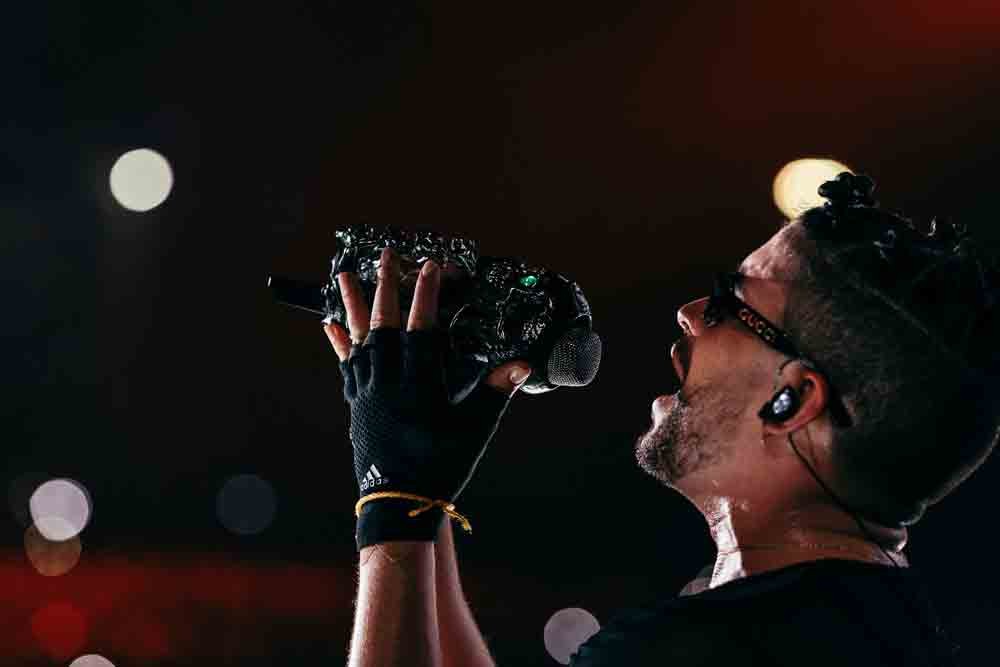 It has only taken mega artist Bad Bunny a short amount of time to do things beyond the norm with reggaeton music, combining different genres that reach international audiences and performing sold-out concerts (like these Orlando shows), all while embodying what it means to be Puerto Rican, or de P FKN R.

It was during his college days as a student from Vega Baja, Puerto Rico, that Benito Antonio Martínez Ocasio began uploading his music on SoundCloud, eventually signing his first record deal in 2016. Discovering Bad Bunny as a featured artist on a song was almost inevitable at the time of his first record deal, as he compiled multiple hit singles and remixes in the process with big-time reggaeton artists such as Daddy Yankee.

After collaborating with Cardi B. and J. Balvin on 2018's smash hit "I Like It," Bad Bunny released his debut album X100PRE on Christmas Eve in 2018. X100PRE, an abbreviated way of saying "Forever" in Spanish, is a reggaeton album that blends other music styles, incorporating '80s vaporwave throwback synths in "Otra Noche en Miami" and early 2000s pop-punk guitar chords in "Tenemos Que Hablar."

Once again, El Conejo Malo collaborated with J. Balvin in 2019 on a duo album titled Oasis, but it was his back-to-back albums released in 2020 — YHLQMDLG (Yo Hago Lo Que Me Da La Gana) and El Último Tour Del Mundo — that solidified his mainstream status for Billboard's highest-charting albums that are completely in Spanish.

YHLQMDLG, another abbreviation for "I Do Whatever I Want," serves as homage to early 2000s reggaeton aesthetics and musical motifs, such as the hit songs "Safaera" featuring reggaeton icons Jowell & Randy and Ñengo Flow, and "Yo Perreo Sola," which evolved into a battle cry for women to assert themselves into dancing perreo on their own.

His latest album, El Último Tour Del Mundo or "The Last World Tour," is a tongue-in-cheek title considering its release in late November 2020, months after the COVID-19 pandemic affected the entertainment industry, prompting Bad Bunny to record all of the tracks while in quarantine. "DÁKITI" was the first single off the album, with ethereal melodies and fellow Boricua singer Jhay Cortez harmonizing over Bad Bunny's verses throughout the song. Meanwhile, the duet between Benito and rising singer Rosalía, "La Noche De Anoche," served as the final single from the album, with both artists performing the song on Saturday Night Live after collaborating via long-distance sessions due to the pandemic.

Just like his critically acclaimed sophomore album, Bad Bunny's entire persona revolves around how he does whatever he wants. His fashion sense is unique, subverting expectations of what a stereotypical reggaeton artist looks like, with his eclectic style of wearing vivid outfits and painting his nails. His songs challenge what the genre is capable of sounding like, such as last summer's single "Yonaguni," in which he sang a verse in Japanese on top of his iconic vocals and melancholy lyrics.

Bad Bunny's versatility in recent endeavors like wrestling for WWE (read all about this on page 27) and acting alongside Brad Pitt in the upcoming movie Bullet Train is inspiring to watch as he inches his way closer into becoming a household name — without fitting into a label.

As someone who was a teenager growing up in Puerto Rico during the height of reggaeton's groundbreaking popularity in the 2000s, I never connected with the genre the same way my peers did until much later when I discovered Bad Bunny's music. Sonically, the closest resemblance was a path once charted by another well-known reggaeton band in the 2000s named Calle 13, with their self-titled debut album embracing different types of music ranging from cumbia to electronica.

With a new album in the works for 2022 announced on his Instagram, it's that creative drive that makes Bad Bunny so universally appealing. He embraces the freedom to live your life according to your own standards — not those of someone else — while capturing the essence of Puerto Rico's multifaceted culture as we know it.