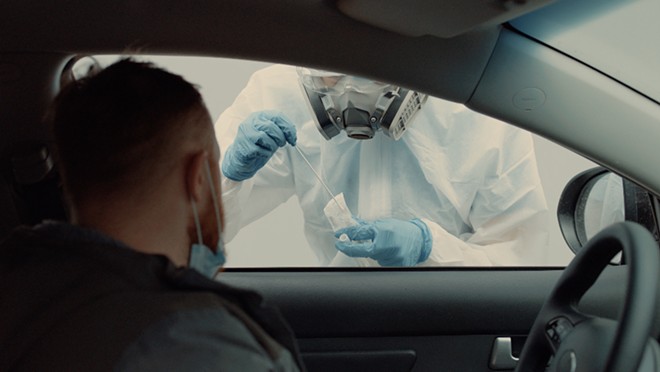 Adobe
The Florida Department of Health has a novel solution for the increased demand of COVID-19 tests: asking people not to find out if they are infected with the novel coronavirus.

The state's new guidelines say seeking tests if you've been exposed to COVID-19 and are asymptomatic is "unlikely to have any clinical benefits." The recommendation to not test comes as the state is suffering through an outbreak attributed to the Omicron variant. Confirmed case numbers and hospitalizations have skyrocketed as December flowed into January, leading to a crunch at testing sites. The state has been wary of reopening testing facilities as many local facilities saw hours-long waits for PCR tests.

The guidelines are a direct contradiction of those issued by the CDC, which says that exposed people should test five days after known exposure. If symptoms occur in the meantime, the person in question should quarantine themselves until they confirm their positivity or not. The new guidelines from the state of Florida also recommend limiting contact with others if you are symptomatic.

The new guidelines were hinted at by Florida Gov. Ron DeSantis earlier this week, who called the state's new tack "test for a reason."

DeSantis' recently appointed surgeon general echoed this idea, saying that they were hoping to reduce testing among the general population in favor of testing more at-risk residents.