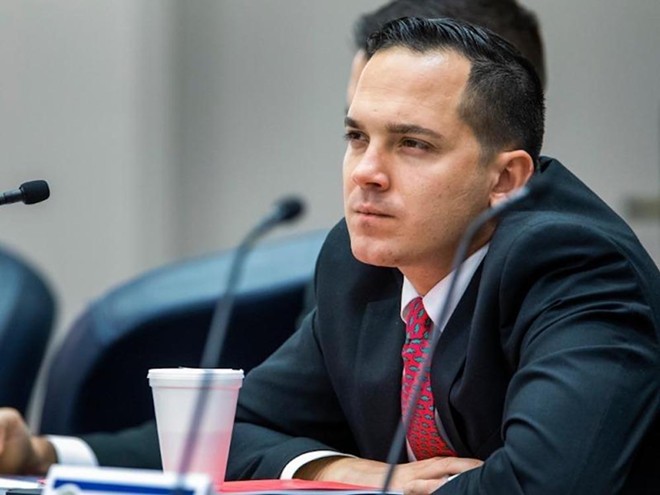 Photo via News Service of Florida
Congressional cretin and Donald J. Trump remora Anthony Sabatini can be counted on to have the worst opinion on just about anything. The news that a jury found Kyle Rittenhouse not guilty on all charges following a sham trial is no exception.

After the news broke that Rittenhouse would walk on the charges related to his killing of two men, the Central Florida Republican shared that the date should be honored with a federal holiday.

Sabatini also reiterated his former claim that Rittenhouse — famous for killing a homeless man and another man who confronted him following the initial killing — should become a member of Congress.

Sabatini's call comes days after his friend and fellow degenerate Matt Gaetz fixed his lips to say that Rittenhouse could be a congressional intern in his office. The sad fact is they're probably both right. A funny thing about scum — it floats to the top.