‘The Way Down: God, Greed and the Cult of Gwen Shamblin’ profiles the late Tennessee pastor and diet guru 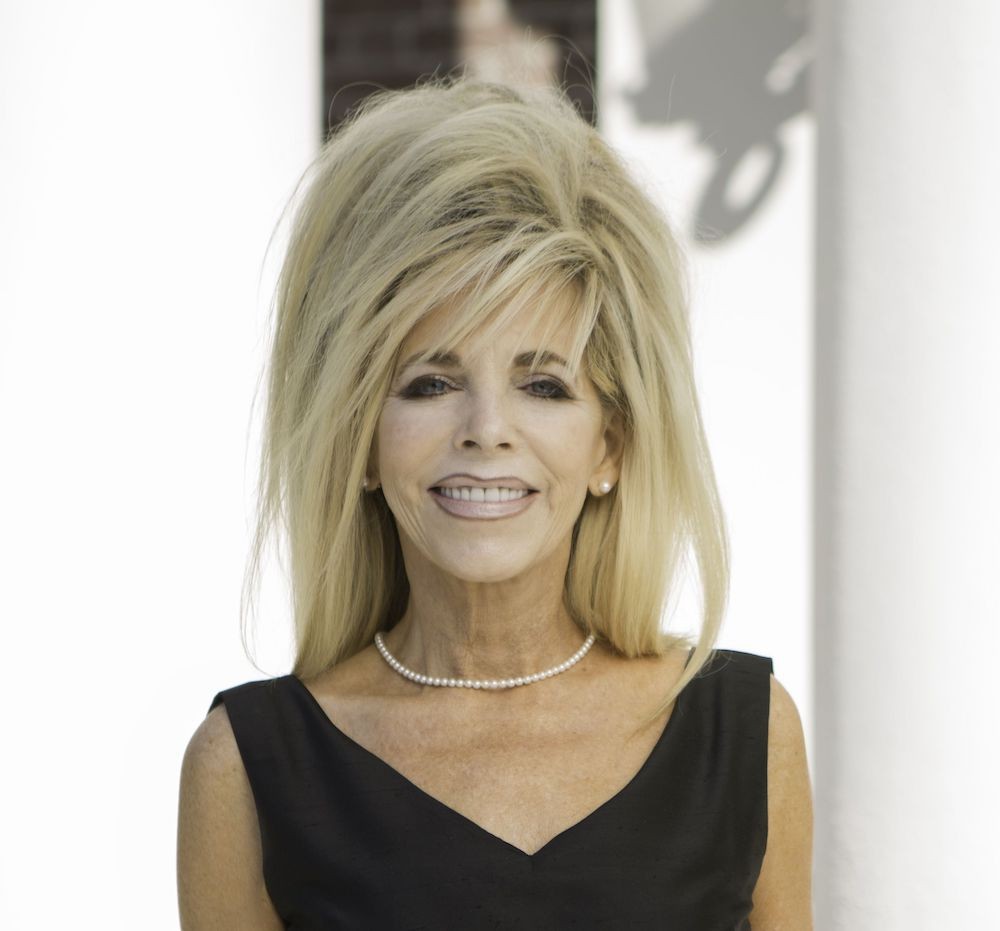 Photo by Scott Sabo, CC/SA
The higher the hair, the closer to God.

Premieres Wednesday, Sept. 29: The Chestnut Man — Can't get enough Scandinavian crime drama? Gorge yourself on a Danish series about a serial murderer whose calling card is a doll made of chestnuts and sticks. (Mmm ... gorge .... Danish ... nuts.) (Netflix)

No One Gets Out Alive — A Mexican woman moves into a Cleveland boarding house, only to find it's a haven for vengeful ghosts. I'll tell you what, that sounds like another of those Stephen Miller schemes right there. (Netflix)

Séance — Havoc ensues when students at a girls' school try to contact a dead classmate. But all they wanted was to find out where she hid the Love's Baby Soft! (Shudder)

The Problem With Jon Stewart — The legendary late-night host resurfaces, this time with a current-affairs program that tackles a different pressing issue every week. Issue No. 1: "Boy, was I right about Tucker Carlson or what?" (Apple TV+)

Ten-Year-Old Tom — Series creator Steve Dildarian voices the title role of a perpetually overwhelmed kid in a show that looks a little like Home Movies, a little like South Park ... and with Tim Robinson among the guest stars, hopefully has a few coffin flops as well. (HBO Max)

Unidentified With Demi Lovato — When you learn that Demi Lovato is hosting a series about the search for extraterrestrial life, you're tempted to chalk it up as a "what's the matter with kids today?" moment. But our generation actually thought Leonard Nimoy knew where Bigfoot was! (Peacock)

The Way Down: God, Greed and the Cult of Gwen Shamblin — A new docuseries profiles the late Tennessee pastor and diet guru, whose church got caught up in a lurid case of child murder. But listen, somebody's got to provide an alternative to those godless secular pageants. (HBO Max)

Yabba-Dabba Dinosaurs — Half a century after the fact, the caretakers of Hanna-Barbera's Flintstones property think we want another spinoff focused on Pebbles and Bamm-Bamm. Yeah, maybe in a world where Weirdly and Creepella Gruesome never existed. Jerks. (HBO Max)

Premieres Friday, Oct. 1: Diana: The Musical — In a highly unconventional move, this musical-theater tribute to the People's Princess is coming to streaming a month before it debuts on Broadway. In Diana's favor, being dead makes her only slightly less likely to prevail in a breach-of-contract suit than Scarlett Johansson. (Netflix)

The Guilty — Jake Gyllenhaal's turn as a 911 dispatcher saw a limited theatrical release a week ago. And the movie itself is a remake of the 2018 Danish thriller of the same name. In other words, this entire blurb would only be less timely if I posted it on Friendster. (Netflix)

LEGO Star Wars Terrifying Tales — The Star Wars franchise gets its very own "Treehouse of Horror" with a trilogy of animated shorts that explore the dark side of the Force. "Oh sure, and I'm the asshole," grumbles Rian Johnson. (Disney+)

Maid — Margaret Qualley plays a single mom who finds work as a housecleaner in a limited series that'll remind you how much you liked those unemployment benefits. (Netflix)

The Many Saints of Newark — The Sopranos prequel arrives in theaters today. But if you watch it at home, nobody gets hurt. Capiche? (HBO Max)

Premieres Monday, Oct. 4: On My Block — The fourth and final season of this series about inner-city L.A. youths finds gangbanger Cesar predicting that he'll die in the streets while his girlfriend, Monse, becomes a professional writer. But points to him for not lording it over her that he'll be the one getting off easy. (Netflix)