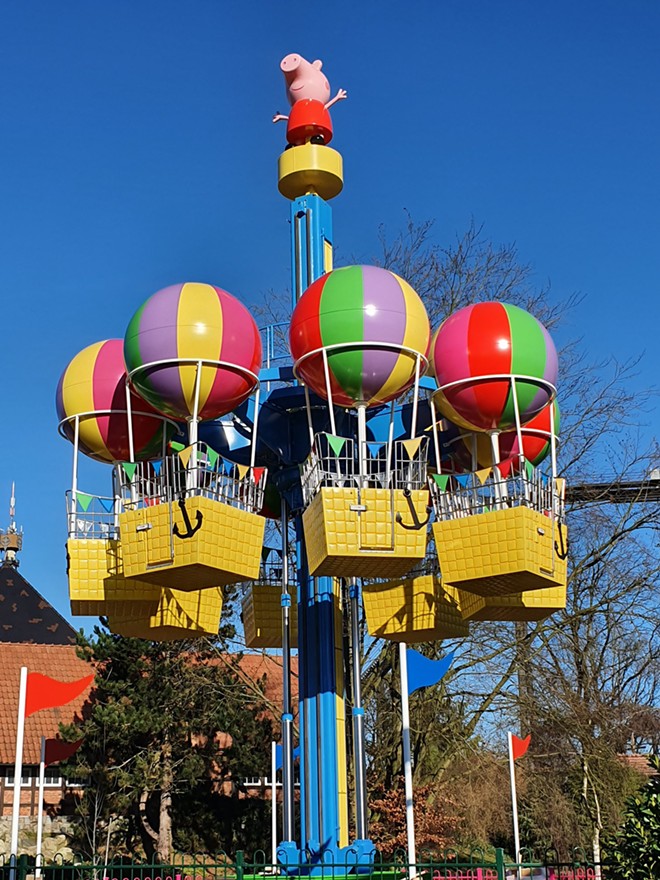 Image via Heide Park Resort | Facebook
Despite billions of dollars being spent on new attractions in marquee parks across Orlando, the future of the amusement industry can be found on a relatively small construction site in Winter Haven, Florida.

The Legoland Florida resort is often an afterthought for those visiting Orlando, but parent company Merlin has become a major player in the amusement industry. They are currently world's second-largest tourist attraction operator behind only Disney. 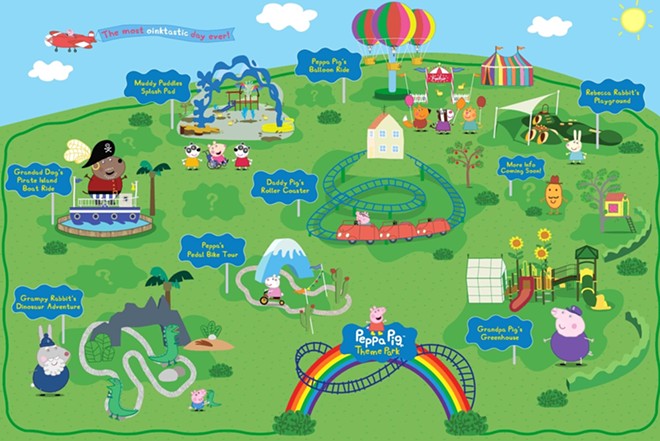 The Peppa Pig Theme Park — a micro-sized park based on the popular children's cartoon — will open next year. That small size is one of the main selling points for the park, which is geared to families with young children. With just five rides spread across the seven-acre theme park, the Peppa Pig Theme Park will offer young guests a chance to experience a theme park without the large crowds, scary thrill rides, or other aspects of a major theme park that don’t appeal to toddlers.

While many parks, such as the early iterations of Disney’s Animal Kingdom and Disney’s Hollywood Studios, receive the ‘half-day park’ label as a criticism, more recently, there’s been a push to embrace the concept.

These boutique parks offer just a handful of experiences designed to keep guests for a few hours. They rarely provide large-scale productions such as parades or fireworks. Instead, they’re typically found attached to a larger resort or entertainment complex that allows for guests to find other evening entertainment if they want something more.

At the forefront of the concept is Ferrari World in Abu Dhabi. This mostly indoor theme park opened in 2010 and since then has only added a handful of new attractions. Despite its postage-stamp size footprint, Ferrari World quickly became a bucket list theme park for many coaster enthusiasts thanks to its impressive lineup of thrill rides, including the world’s fastest roller coaster.

By 2016, Ferrari World was deemed a massive success with new projects underway in Europe and Asia. The concept was also strongly rumored for Orlando, with Bloomberg confirming a North America location was in the works. A year later, Ferrari Land opened at PortAventura in Spain. Like Peppa Pig, Ferrari Land is attached to an existing resort and offers just a handful of attractions. PortAventura was already seeing large crowds at its existing theme park, but Ferrari Land offered an incentive for those crowds to stay in the multiple on-site hotels. It also meant additional admissions revenue while not having to increase the base ticket price for the existing theme park. The resort is now developing a second half-day theme park, this one based on soccer.

As more arcades and go-kart tracks look to expand, they’re now more frequently turning to roller coasters and other attractions typically found at amusement parks. That transformation can be witnessed in Orlando as the two local Fun Spot parks morphed from a set of go-kart tracks to become one of the region's largest locally-owned attractions. They now have a line-up that includes multiple custom-designed roller coasters and numerous thrill rides.

This has led to concerns that the U.S. market is becoming oversaturated with entertainment venues.

"The key takeaway, like any business is how do you differentiate yourself from the competition, 'and' finding the right demographics to support the park as desired. What most park owners do is copy other parks, have no real brand identity to themselves, and buy the latest gadget in hopes of taking away consumers from the other entertainment alternatives," explains Tim Murphy, the CEO of Boomers Parks, a leader in the emerging micro-park trend. "What parks need to do is decide who they really are and show the consumers how different they are to reduce the confusion. There are thousands of choices for entertainment. You have got to stand out or stand up for something."

Universal was rumored to have been eyeing a micro-park for its South Campus before going all-in with Epic Universe. While that park will offer a full day’s worth of entertainment, there are still lingering rumors that Universal may have turnstiles at each land’s entrance, allowing for the different lands to operate as independent micro-parks. This design also allows Universal to easily close off a land for private events, likely a major source of income for the new park thanks to its location directly across the street from the Convention Center.

A separate half-day park was also in the works for International Drive. In a slide deck leaked last year and confirmed to be authentic, an indoor theme park was proposed for the corner of Sand Lake Road and I-Drive. The concept was identical to one that opened in China in 2019. That location, billed as “the world's first vertical theme park,” has five rides and offers multiple highly themed experiences based on major film franchises. 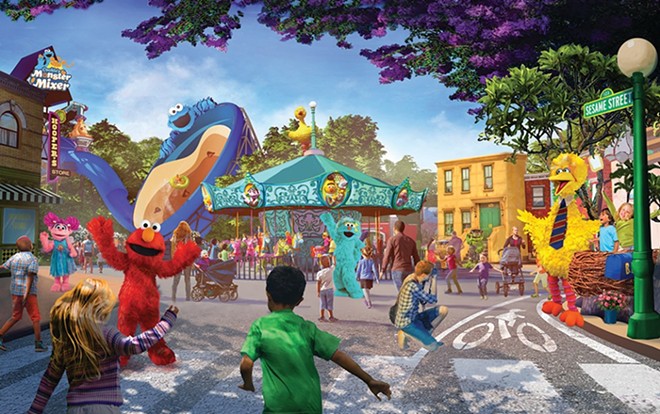 Image via SeaWorld
Sesame Place San Diego
SeaWorld also has seen some success with the micro-theme park concept, with the company now developing its second Sesame Place theme park in California. The Sesame Place theme parks rely on a mix of carnival-style flat rides, akin to the ones coming to Peppa Pig, and family-friendly water park attractions. This essentially allows two separate half-day parks to operate in tandem, allowing for a full-day experience for those that wish to do both dry and wet attractions. A similar Sesame Place theme park was previously rumored for the company’s Virginia resort, but those plans have since been canceled. SeaWorld is also working with a third-party developer on a small marine animal-focused park concept, that will open next year adjacent to Ferarri World in Abu Dhabi. That concept was also previously looked at as a possibility for the Chinese market, though those plans have since been shelved.

Image via PRNewsfoto/Miral, SeaWorld Parks & Entertainment
SeaWorld Abu Dhabi Aerial Render
Many of the most successful examples of half-day parks are those attached to well-known intellectual properties, or IPs. Murphy thinks the fusion of IPs into FECs and entertainment venues is here to stay.

"This trend will continue as consumers/guests can identify the IP from current or past experiences making the installed micro-park more valuable to the consumer. Thus, drawing a higher demand for the products," he said. "These IPs have a certain life, but if you can make it continue in other smaller micro-parks, and larger parks and FECs then the IP can become more valuable once again."

Not all half-day parks are a success. Like any theme park, they require constant investment of new experiences and revamps of older attractions. . With fewer attractions overall, it’s more difficult to overlook ones that are dated or not enjoyable. This is a lesson Disney learned firsthand. After the failure of its second location, DisneyQuest suffered from years of neglect, resulting in declining attendance. After more than a decade without a major new addition, DisneyQuest closed for good in 2017. Its replacement, the NBA Experience, lasted less than 2 years, the majority of which it sat closed due to the pandemic.

"Capital is the name of the game here. Every park takes capital to be successful," Murphy explains. "Proper planning and sources of capital need to be created to open, expand and add new parks. Lots of entrepreneurs go into the business, excited to get open, market and then forget about the capital requirements to maintain and run successful parks."

Even as Disney has seen failure with smaller parks and as others warn of their investment costs, investors remain interested in the concept, with at least half a dozen now in the works across North America. Even while Disney and Universal continue the mantra of ‘bigger is better,’ more people seem to be embracing the idea of a smaller, more relaxed theme park experience. The Peppa Pig Theme Park is slated to open at the Legoland Florida resort next year.