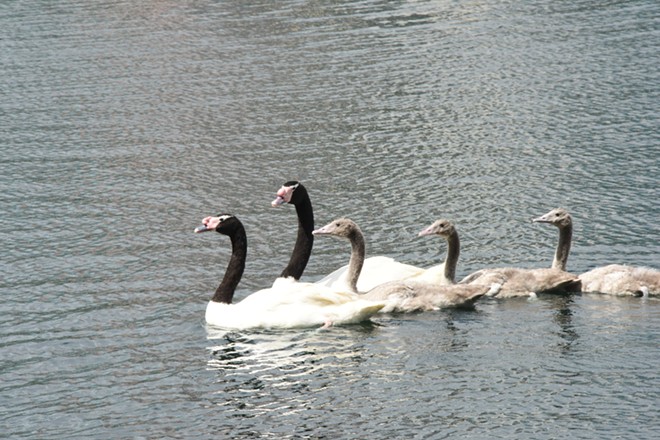 The lone female black-necked swan in Lake Eola is now a mother.

The City of Orlando's plan to find a mate for Lake Eola's prized black-necked swan Queenie got off to a rocky start when one of the mail-order mates died back in 2019.

Perhaps charged by the reminder of mortality, the remaining swans got down to what they were there to do and produced a much more expected and happier ending. Queenie and the remaining male, Big Boy, produced three children, and the newly formed family of five was released onto the lake in a ceremony on Wednesday.

The city is busy doing far more than releasing swans to beautify Lake Eola. The park is in line for updates to its iconic bandshell, new walking paths, updated art installations and restorative projects meant to improve water quality.