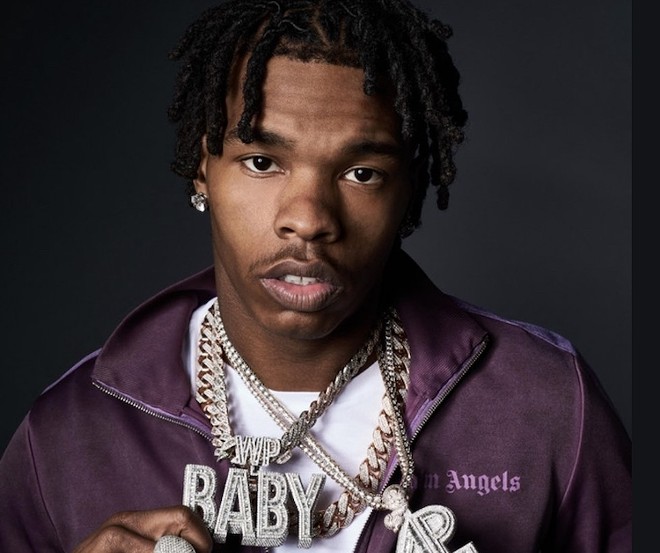 Photo courtesy Lil Baby/Facebook
Lil Baby
Rapper Lil Baby is heading out on the road this summer with his "Lil Baby & Friends" package tour featuring Moneybagg Yo and Lil Durk. And don't you worry, there's an Orlando date in the mix.

The trio roll into the Amway Center downtown on Friday, Aug. 13, and tickets for the gig go on sale Friday, July 2. [Hey that's today! Act fast.] This seems to be the prelude for a more extensive round of touring that Lil Durk and Lil Baby will be embarking on starting in September — their "Back Outside" North American co-headlining run.

The duo are hitting the road hard behind new collaborative album The Voice of the Heroes, out this month and already burning up Billboard's hip-hop and R&B charts — an album that features guest turns from Travis Scott, Meek Mill and Young Thug.

Lil Baby's in the middle of a red-hot run right now, and his peers are taking notice.

Just this week, Fat Joe told an interviewer that he thinks Lil Baby is at the head of the class as far as modern hip-hop goes — and keep in mind, this is a guy who recorded with Big Pun his prime.

“In the newer generation, there’s nobody better than Lil Baby right now,” Joe said. “We, as Hip Hop historians, we saw when Lil Wayne emerged, we saw when Eminem emerged and Lil Baby is in a lane by himself right now.”

And there's even more love from the (kind of) old guard this week, as Drake gifted Lil Baby with a Chrome Hearts Rolex watch. Why? Why not?