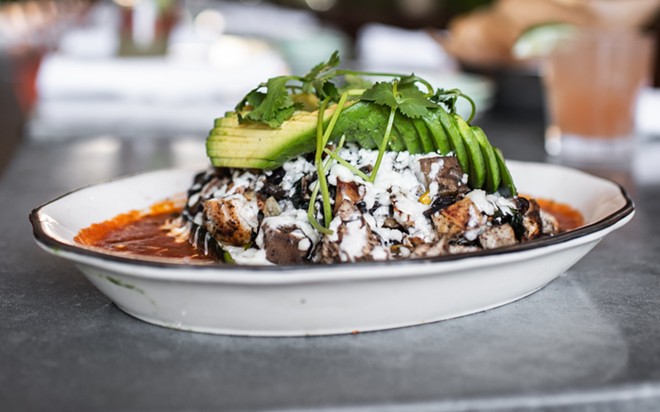 The influx of moneyed people into Florida, and the reaction when they bump up against the swamp folk and beach rats who traditionally called it home, has created a weird liminal space for capital. There's a lot of money with nowhere to go in this state and no established system of social clubs and old-money hangs to while away the hours.

In practice, this leads to odd eruptions of places to spend flagrantly. Upscale malls and patios pop-up along highways like pimples driven to the surface by the sheer force of greenbacks. The rich of Central Florida seem more than willing to overpay for drinks on a patio with a view of a Burger King and massage parlor. So it goes with the planned Palm Hills development along S. Orlando Ave in Winter Park.

Orlando Business Journal just announced two of the planned development's high-end tenants and they are suitably gauche. The biggest name is an upscale Tex-Mex restaurant called Superica from celebrity chef Ford Fry. While we struggle to reconcile the idea of fancy food with the decidedly working class regional cuisine of Eastern Aztlán. ("Bienvenue à Chili's." "Garçon, more fajitas, si vous plait.") However, they must be doing something right. The restaurant already has eight locations. Elsewhere, a South Korea-based French patisserie chain called Paris Baguette will add another outlet onto the 4,000 or so it already operates.

The mall is expected to open sometime in 2022.