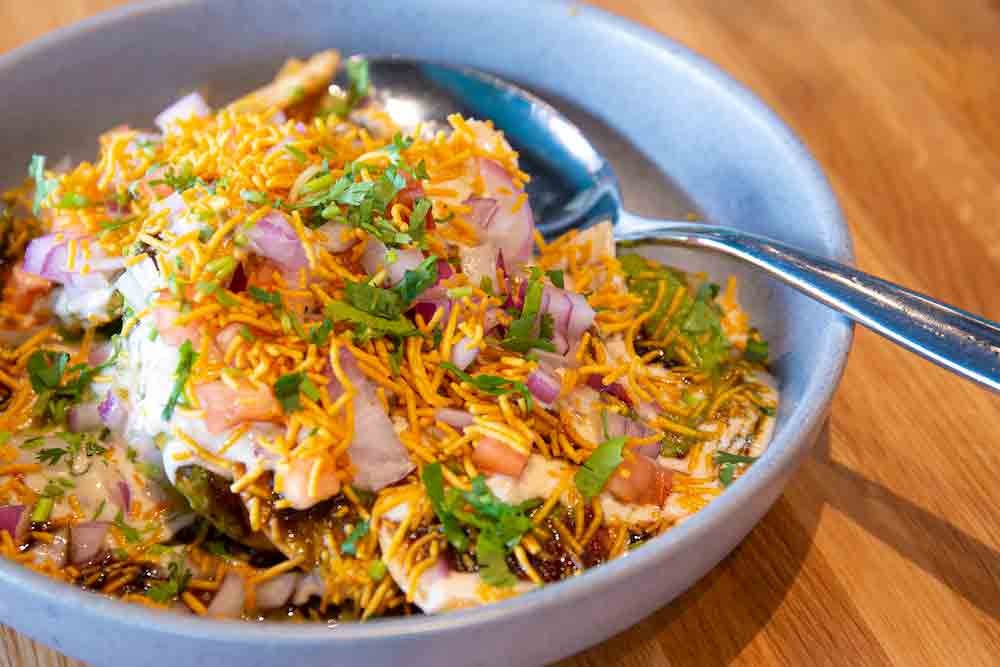 For many years, our Desi dining scene just coasted along like the yacht rock of gastronomy it was, captained by Mughlai, South Indian and Pakistani restaurants serving dishes long familiar to dozy patrons. But American Gymkhana, backed by the owner of Michelin-starred Junoon in New York City, disrupted the paradigm after opening here in 2014. While it closed the following year, the restaurant left an indelible impression on Indian restaurateurs and blew a little wind into the weathered sails of a cuisine that, frankly, had languished for a long time. Six years on, we find ourselves amid a revitalized expanse, buoyed by upmarket, populist and mom-and-pop joints and feasting on everything from Bengali to Hakka to Keralan fare. In the case of Bombay Street Kitchen, all of the above.

The restaurant is run by Amit Kumar (the boss man behind Aashirwad on Kirkman Road and Tamarind in Winter Park) who opted to close all-veg Bombay Café nearby and go all in on the street food trend. And, hey, why not? Millions on the Indian subcontinent rely on street eats for daily sustenance, but the mind-blasting array of options at BSK is downright dazzling. Well, that and the fact that the space, which previously housed Abhiruchi Indian Cuisine, looks equal parts Pompidou industrial and Joanna Gaines fresh. There's even a slick bar, but the food coming out of the open kitchen is all that and a bowl of crisps. 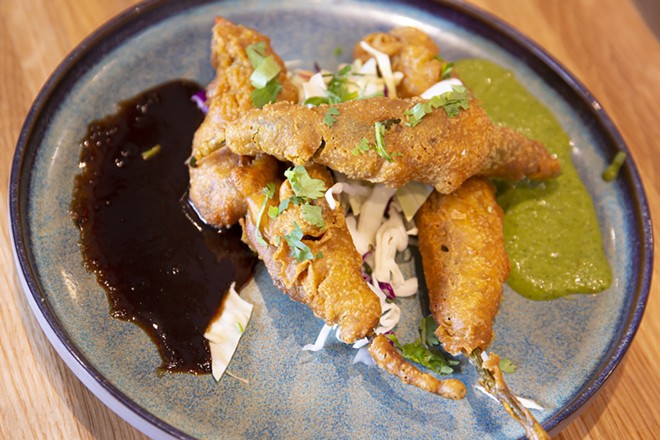 The crisp comes in many forms — the glorious kale in the kale chaat ($6) comprising a mix of crunchy sev (fried chickpea flour noodles), tamarind chutney, pomegranate and yogurt, for one; or in more traditional bhel puri ($5.50) with its blend of puffed rice, sev, potatoes, onion and mint all washed in tamarind and garnished with cilantro. These are small plates ideal for sharing — most everything here is, in fact. Even spiced tandoori pompano ($20), an entrée-sized offering stuffed with basil, mint and lemon, had us ravaging the local catch with our fingers. The quintet of gunpowder garlic shrimp ($11), too. All flavor-packed; all fire.

There are items that branch out from your typical brand of Indian fare — after all, BSK promises delicacies "direct from the streets of Mumbai, Delhi, Chennai, Bangalore and beyond." The "patthar ke gosht kebab" ($11), a Hyderabadi specialty of lamb grilled over a hot stone, is worth sampling for the cardamom-forward seasoning in the meat. Chicken momo ($9), lovely steamed dumplings of Himalayan origin; and saucy garlic chili chicken ($11), a Hakka dish, are two that fall in that "beyond" category. There are mouthfuls of comfort to be had with the goat kadhai ($17), a thick curry named for the wok-like pan in which it's cooked, and one that's fed hordes on the streets of Karachi. Scoop some up with doughy, ghee-slicked garlic naan ($4) and feel the swoon. 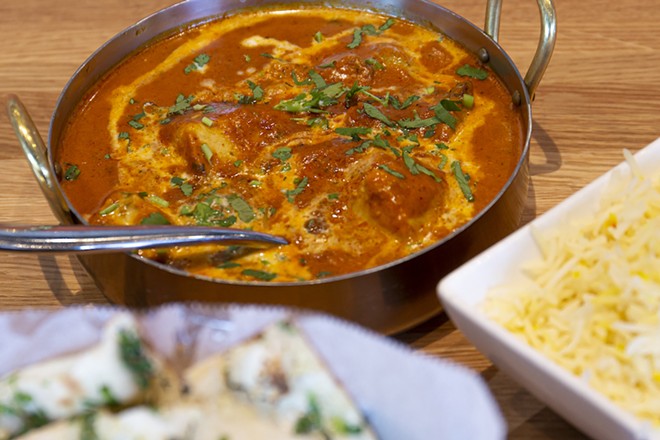 Now, I'm not sure about serving pani puri on a miniature street cart. Not when there's a glass bottle filled with green "pani" (or water) made from mint, cilantro and green chilies, and another bottle filled with a sweet pani made from tamarind — it seems like an accident waiting to happen. But it's cute and gimmicky and, more importantly, no matter which pani you use, the fried puffs filled with a potato mix are absolutely pop-worthy. The street dosa ($11) also came filled with a potato mix, but the raw cabbage threw us. None of the Indians in my crew had eaten a dosa with cabbage in it before, and we felt its crunch upstaged the delicate crisp of the rice crepe. The dosa, however, came folded and cut for easy dipping into the sambar and coconut chutney.

Serving shaved ice in a Styrofoam cup is no way to treat a sweet ending. Then again, I suppose that's the way the Indian blackberry and black salt "khala katta" ($5) would be served on the streets. That said, I should've gone with the lychee and lime juice, as the khala katta tasted like Vimto. Angoori rabdi ($5), from the list of traditional desserts, had cheese balls lolling in a saffron milk sauce. It was fine. Just not my cup of balls.