Mooby's, the fictional fast-food restaurant from the Jay and Silent Bob franchise, is coming to Orlando 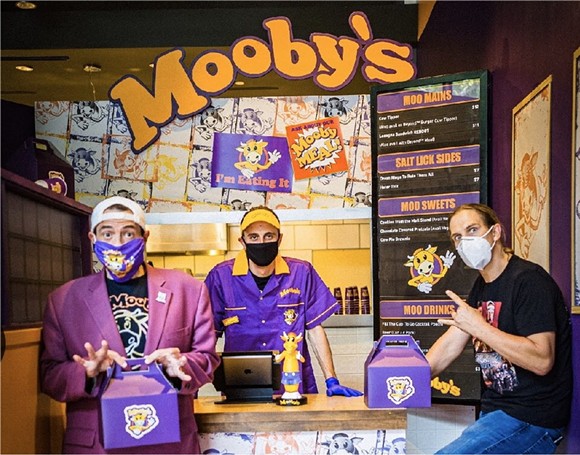 Kevin Smith, backward-capper, heart-attack recipient and the man behind the Jay and Silent Bob franchise (as well as the epic True North trilogy), will bring his fictional fast-food joint Mooby's to life when it pops up in the tourist sector next month. 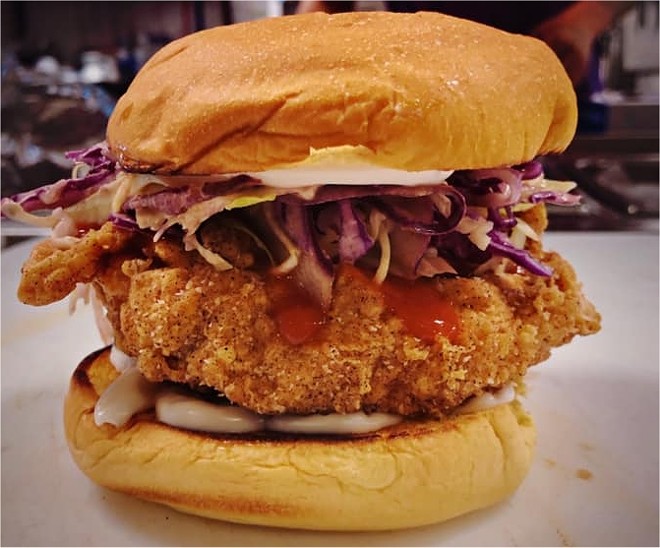 The Cocksmoker
So while we wait for Moose Jaws, the third and final entry in that troika of hoser flicks, to hit theaters — sorry, theatres — we'll just have to gorge on Mooby's Cocksmoker chicken sandwiches, Cow Tipper burgers and Hater Totz, among other items created by L.A. chef Royce Burke of Secret Lasagna.

And, no, don't expect to see Gimli sliders from Tusk or a version of poutine that doesn't give Guy Lapointe the sh*ts.
Do expect to see vegan options employing Beyond Meat as well as vegan sides and sweets. (Smith, BTW, adheres to a plant-based diet ever since suffering a heart attack three years ago.)

In addition, Mooby's will collaborate with Motorworks Brewing to create a "Fun Time Lager" for the pop-up.

Mooby's first appeared in Smith's controversial film Dogma as well as subsequent features Jay and Silent Bob Strike Back and Clerks II, for which it served as the primary setting.
Orlando is the eighth stop of the Mooby's pop-up tour, having sprung in L.A. last summer before moving on to Red Bank, NJ; Chicago, Toronto, Minneapolis, Phoenix and Vancouver.

We can't give you the specific location or dates of Mooby's Orlando pop-up just yet, but we'll let you know next week when tickets go on sale. Until then, check out Kevin Smith's official Instagram announcement below, and be sure to sign up for Mooby's Orlando Mailer to get early access to tickets.

And in related news, Jason Mewes (the Jay in Jay and Silent Bob) will bring Jay Mewes & His A-Mewes-Ing Stories to the Orlando Improv Feb. 25.

Snooch to the nooch.