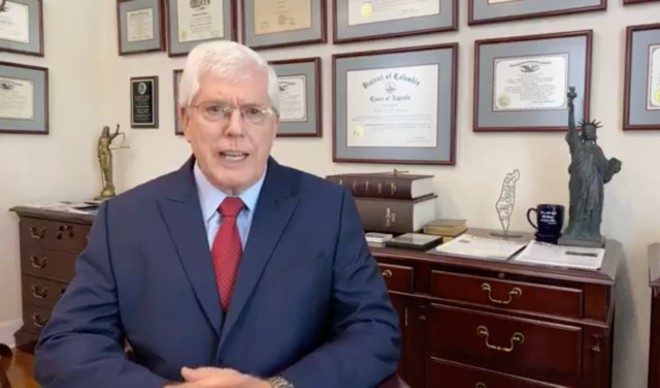 The Liberty Counsel, a 501(c)(3) nonprofit far-right advocacy group that fights for pro-Christian legal rights and has a long history of anti-LGBTQ rhetoric, received nearly a half-million dollars from the Federal Paycheck Protection Program (PPP).

According to new U.S. Small Business Administration data, which was released at the beginning of December, the Liberty Counsel received $428,100 on April 27 from Seacoast National Bank and retained zero jobs.

Creative Loafing Tampa Bay initially reported on Liberty Counsel’s PPP loan back in July, but the actual amount wasn’t listed until now. Prior to the release of Small Business Administration data, which was obtained after nearly a dozen news organizations sued the federal government, the Liberty Counsel was listed in the $350,000 to $1 million tier.

At this point, it’s unclear how badly the pandemic impacted the Liberty Counsel, though Liberty Counsel director of communications Holly Meade contests the federal report, and says her group used the loan for jobs.

"Liberty Counsel used the PPP for employee salaries. We began with 35 and ended with 35, not laying off any employees," said Meade in an email to CL.
"Moreover, thanks to Liberty Counsel, through our Washington, D.C., office the PPP was made available to all nonprofit groups, no matter their political or ideological viewpoint," continued Meade. "It was Liberty Counsel that pressed for the PPP for all nonprofits. We also provided free seminars to all groups, including those who are politically opposite to us. In fact, Media Matters is one such group that attended our free training and this group applied and obtained a PPP loan."

The Southern Poverty Law Center has categorized the Liberty Counsel as a “hate group,” mostly for its numerous anti-LGBTQ stances, including its suggestion that allowing homosexuals into the Boy Scout of America Group will increase pedophilia. Liberty Counsel has also advocated for the criminalization of gay marriage, and stated that same-sex marriage will somehow result in the total destruction of society.

The group’s founder, Mat Staver, once stated that the “Q” in LGBTQ stands for pedophilia and that Jay-Z is a known satanist. More recently, Staver served as lawyer for Tampa evangelical pastor and conspiracy theorist Rodney Howard-Browne, who was arrested for refusing to close his mega-church amid local shutdown orders regarding the coronavirus pandemic.

But the Liberty Counsel wasn’t the only far-right group to receive forgivable federal dollars. At least six extremist organizations scored between $2.35 million-$5.7 million in total PPP loans, including anti-immigrant groups like the Center for Immigration Studies ($346,900), the Federation for Immigration Reform ($683,680), the anti-Muslim group Center for Security Policy ($280,200), and the anti-LGBTQ group the Pacific Justice Institute ($159,000).

This story was reported by our sister paper Creative Loafing Tampa Bay.